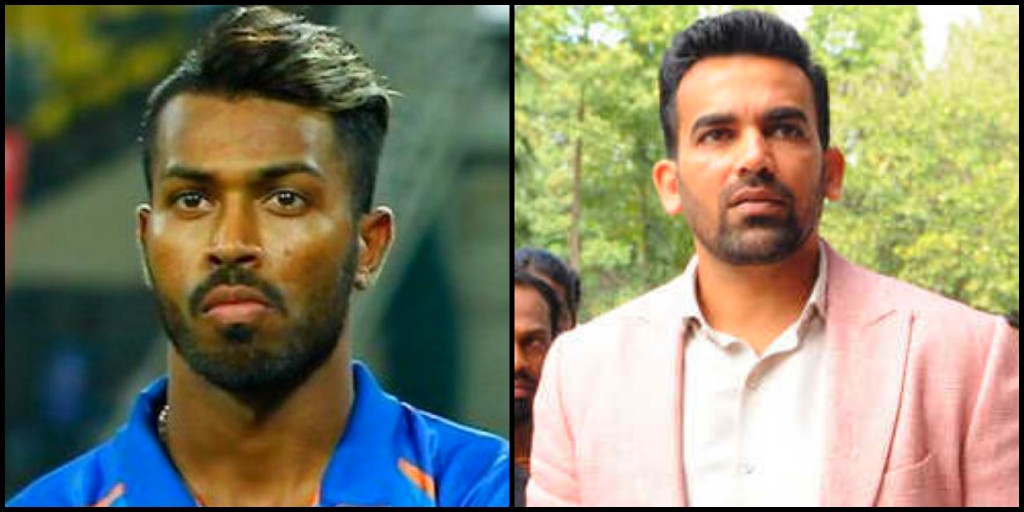 Hardik Pandya recently underwent back surgery after he was having problems from last few months. BCCI informed that Hardik Pandya complained about his back issue, following which the surgery was carried out keeping in mind long-term benefits. Pandya may miss next 3-4 series of India during the rehabilitation process.

However, Pandya remains in headlines for his social media activities. Yesterday, former pacer Zaheer Khan celebrated his 41st birthday. Cricket fraternity showers birthday wishes on the fast bowling great. Hardik Pandya also wished Khan but in a weird way. He posted a video from the past on his twitter timeline in which he is smacking a six to Zaheer Khan during a domestic match.

Hardik Pandya wrote a caption for the video, “Happy birthday Zak … Hope you smash it out of the park like I did here.” But fans didn’t like this self-praising post of Pandya.

Happy birthday Zak … Hope you smash it out of the park like I did here 🤪😂❤️❤️ @ImZaheer pic.twitter.com/XghW5UHlBy

Fans found it disrespectful to the Zaheer Khan who has achieved great success while playing for India. Zaheer was the highest wicket-taker in 2011 World Cup with 21 wickets and played a crucial role in India’s success in the tournament. Netizens criticised Pandya’s behaviour. They showed  Pandya the achievements of the bowler after his cheeky birthday wish.

A user made Hardik Pandya aware of Zaheer’s ability of hitting sixes. He posted a video where Zaheer Khan had hit a six straight down the ground to one of the fastest bowlers in world  Brett Lee after a banter.

Despite being a bowler he has 53 gorgeous international sixes. He has smashed bowlers like Brett Lee , Shoaib Akhtar out of the park. He would have crushed your toe with an inswinging Yorker if u played him in his prime. He is a legend.

This is not the first time Pandya has faced criticism for his behaviour. Hardik Pandya’s behaviour has many times pushed him in trouble. We all are aware of his behaviour in Koffee With Karan show which has created a big controversy. He had crossed the limits by making some vulgar remarks on women. Following which Pandya and his fellow KL Rahul had to face a lot of criticism.