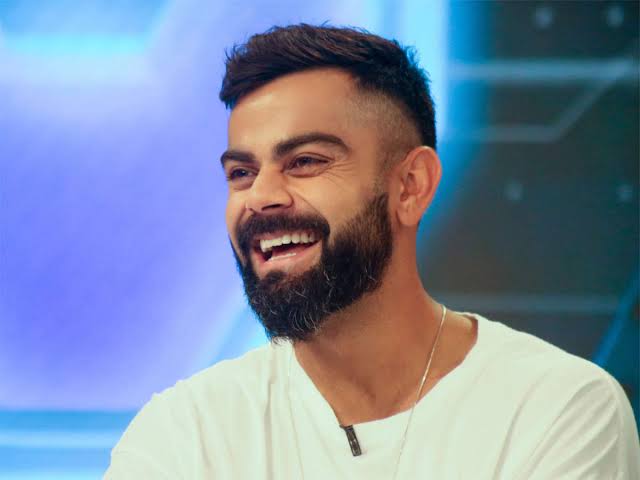 England and Tottenham Hotspurs footballer Harry Kane has been a keen follower cricket and cricketers too; Virat Kohli to be precise. During India’s tour of England in 2018, Kohli and Kane had developed a close bonding over a casual meet. And recently, Harry Kane asked Virat Kohli if he stands a chance to play for RCB (Royal Challengers Bangalore), to which the RCB captain came up with a hilarious answer.

Harry Kane in RCB XI!!!
So what happens when one of England’s football superstars ends up showing his interest in playing cricket! Yes, that’s what Harry Kane did when he asked Indian cricket captain Virat Kohli if he could play for his IPL franchise the Royal Challengers Bangalore.

Kane took to Twitter in expressing his interest and tweeted – “Got a match winning T20 knock in me I reckon. 😂🏏 Any places going for @RCBTweets in the @IPL next season @imVkohli??. Kane’s interested was past of his post in which he could be flaunting his cricket skills against his Tottenham Hotspurs teammates.

Virat Kohli Comes with a Hilarious Response
In a light-hearted yet humorous response, Virat Kohli got back at Harry Kane. Kohli retweeted saying – “Haha good skills mate. Maybe we can get you in as a counter attacking batsman.”

Kohli’s response comes out of the bonding he shares with Harry Kane. For it was during the tour of England in 2018 when Kane paid a visit to the Indian camp and met Kohli.

Haha good skills mate. Maybe we can get you in as a counter attacking batsman😃👏 @HKane https://t.co/rYjmVUkdwO

Australia Tour Begins On A Losing Note
India began their tour of Australia with a defeat in first one day international played at the Sydney Cricket Ground. Batting first, Australia (courtesy centuries from skipper Aaron Finchc and Steve Smit) set up a daunting task for the Indians with a target of 375. India during their run chase kept losing wickets at regular intervals (some tight bowling by Adam Zampa in the middle overs; he ended with 4/54), and with a soaring required rate, not even an attacking cameo by Hardik Pandya could see them through. India lost by 66 runs.

The second one day international will be played on Sunday, 29th November at the Sydney Cricket Ground.