A Babar Azam-led full-strength Pakistan side will be facing Netherlands in an ODI series ahead of the Asia Cup. 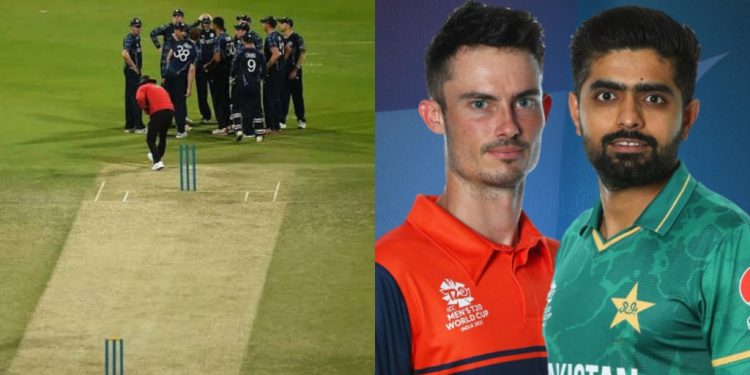 Netherlands is all set to host the Pakistan Cricket Team for a 3-match ODI series, which will be starting on the 16th of August. The Hazelaarweg Cricket Stadium in Rotterdam will be hosting all the three games in the series. Both the sides have faced each other on 3 occasions in the ODIs before, however, this will be the first time that they will be playing a bilateral ODI series against each other. Pakistan has had an upper hand over the Dutch side all three times. Here, we will be discussing the Pitch Report of the Hazelaarweg Cricket Stadium Rotterdam along with the ODI Records of the venue.

Pakistan has selected a full-strength side for the Netherlands tour, keeping in mind the much-required match time by the players for the upcoming Asia Cup. Hence, the visitors would mainly be focusing on their combinations for the forthcoming assignment while playing the Netherlands series. On the other hand, Netherlands would be looking to put up a fight against the Pakistan side in order to better their CWC 2023 qualification chances as this series is a part of the ICC Cricket World Cup Super League (2020-2023).

The pitch at the Hazelaarweg Cricket Stadium has been a bowling-friendly surface so far. The below-200 average first and second innings scores as well suggest the same. The batters usually struggle here due to the movement that the ball gets off the surface. However, the pitch gets a bit easier to bat on in the later stages of the match. Hence, it would be wise for the batters to spend some time on the crease and slowly build on their innings.

The bowlers would tend to receive a great amount of help off a fresh Hazelaarweg Cricket Stadium pitch, hence, bowling first would be a better option at the venue.

The weather will keep varying from being partly cloudy to cloudy throughout the week. Occasional showers would keep playing spoilsport in the PAK vs NED ODI series. There is a forecast of 50 and 60% chances of rain during the 1st ODI and 2nd ODI respectively.