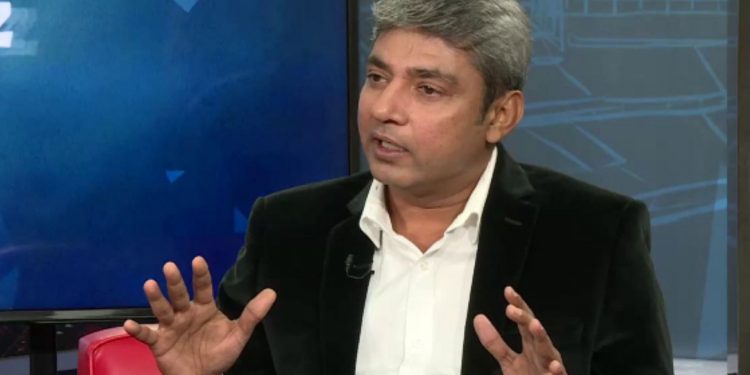 Plethora of cricketers pundits –both Indian and non-indian– have been offering their opinions regarding India’s squad for the upcoming 2022 T20 World Cup and by leaving out Dinesh Karthik, former Indian cricketer Ajay Jadeja has jumped on the bandwagon in remarkable fashion.

Recently on FanCode, Ajay Jadeja was seen selecting a rough India squad for the upcoming T20 World Cup. He has made some debatable choices to say the least.

The comeback story of wicket-keeper batsman Dinesh Karthik is both emotional and awe-inspiring.

The batter lived in the shadow of MS Dhoni for as long as the Ranchi-lad played for India. However, ever since MS’ retirement, the finisher’s slot was up for grabs. Until Karthik –on the back of his brilliant IPL 2022– took it with both hands.

Turning up for the RCB as their death-overs specialist, DK’s insane average and strike-rate of 57.40 and 191.33 during the tournament earned him a recall to the Indian T20I setup.

However, Karthik still doesn’t quite make the cut for Ajay Jadeja whose comments imply he’d rather have DK beside him as a commentator. Notably, Karthik has briefly commentated before with a lot of success.

“I would not put Karthik there, he can have a seat beside me. He’s very good as a commentator.”

I’m assuming by ‘modern-day’ he means attacking all sorts of bowlers & being near 30-year-old. Karthik is aged 37 and isn’t aggressive against spin.

“I wouldn’t pick him (DK). Now the decision is whether you wanna play Ravindra or Axar. If it’s Dhoni style, then add Kohli, Rohit and Karthik. But in modern-day cricket, you’ve to leave out Dinesh Karthik.”

Nonetheless, Ajay Jadeja also clarifies that a vacancy for Dinesh Karthik is on IF India is to play the Dhoni brand of cricket that backs experience and attacks selective bowlers.

Report: India’s Asia Cup squad with only 2 changes to be named as T20 World Cup 2022 squad

In addition to snubbing Dinesh Karthik, Ajay Jadeja also emphasises on how Kohli and Rohit should only play together if India is going to follow the Dhoni template of backing experience. Otherwise, according to him, Kohli can also be dropped on form.