Team India's legendary spinner Harbhajan Singh has come up with a big suggestion with regard to Team India's coaching staff. 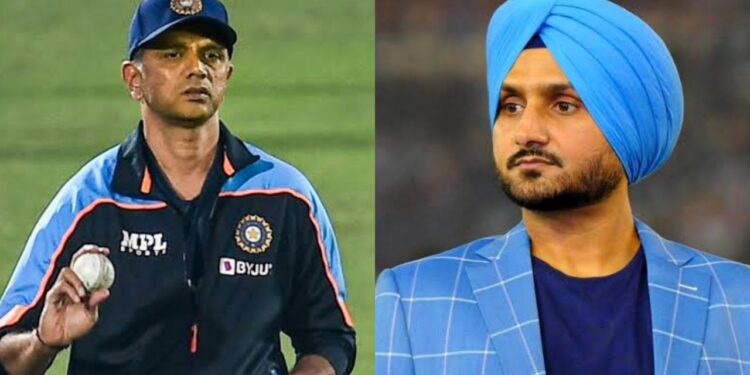 Team India’s legendary spinner Harbhajan Singh has come up with a big suggestion with regard to Team India’s coaching staff.

Harbhajan Singh has suggested the name of a former India player who can help build the team for the 2024 World Cup.

“He [Nehra] knows this better than – with all due respect – Rahul. We [Dravid and he] have played together for so many years; he has vast knowledge, but this is a tricky format. Someone who has played the game more recently is better suited for the coaching job in T20s. I am not saying you remove Rahul from T20; Ashish and Rahul can work together to build this team for the 2024 World Cup,” Harbhajan told the press in Abu Dhabi.

There has been some discussion going on about Rahul Dravid skipping a few series and whether that hurts the Indian team. The turbanator believes Ashish Nehra can be really helpful in workload management as he said, “With such an arrangement [split coaching], it is easy for Rahul as well, who can take a break as well like he did for New Zealand tour and Ashish can do the job in his absence.”

Ashish Nehra showed his brilliant coaching skills as he took the debutant Gujarat Titans to IPL victory earlier this year. He worked along with captain Hardik Pandya who, according to reports, will be declared as Team India’s full-time captain in the T20 format. The duo can actually prove to be vital for India’s future actions as some senior players might not feature from here onwards in the shortest format of the game.

The IPL-winning head coach has an image of keeping things simple which helped Gujarat Titans in seizing crunch moments of the game. He got some limelight for just using a pen and paper to analyze things rather than using any of the highly technical methods that complicate leadership patterns. Ashish Nehra played T20Is for India till 2017 and was part of the 2016 World Cup squad his experience of playing in such marquee events in recent years can prove to be vital for the Men in Blue.