The Indian team bounced back to be the joint winner in the 5-match T20I home series against South Africa. 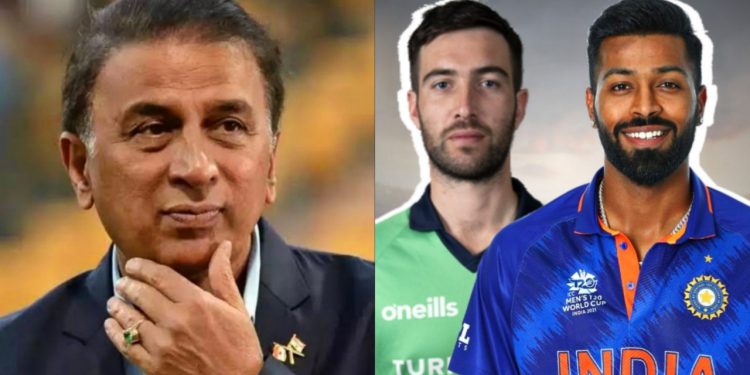 Sunil Gavaskar has his say on India squad (Pic - Twitter)

Team India staged a dramatic comeback in their 5-match T20I home series against South Africa where they caught up with the Proteas after reeling at 2-0. The Indian team is going to tour Ireland now for a 2-match T20I series and a 17-member squad has already been announced for it. While the senior players will be at rest in this series as well, the exclusion of one IPL Star has left Sunil Gavaskar disappointed.

Sunil Gavaskar disappointed after the non-selection of this IPL Star

The 5-match series against South Africa saw most of the senior players resting while the young guns were given a chance to prove themselves. KL Rahul was named as the captain but was then replaced by Rishabh Pant due to an injury. The team sustained two defeats in the first two matches but bounced back to be the joint winner of the trophy. As team India now prepares themselves for a short tour of Ireland, the selection of the team has left veteran cricketer Sunil Gavaskar disappointed.

Hardik Pandya is going to lead the team for the 2 matches against Ireland and the pace spearhead Bhuvneshwar Kumar has been appointed as his deputy. The team is filled with youngsters but the non-selection of one particular player has left Sunil Gavaskar disappointed. Gavaskar feels that Rahul Tewatia who was part of Gujarat Titans should have been picked for the tour of Ireland as the batsman has shown promise in the Indian Premier League.

The Indian squad for the Ireland tour includes the likes of Umran Malik, Arshdeep Singh but the ignorance on part of the selectors for Rahul Tewatia has left Sunil Gavaskar disappointed. “Rahul Tewatia, the ice-man. Sometimes you feel if it’s such a touch-and-go situation maybe take an additional member. Instead of 15, take an additional member because it’s hard to leave somebody who has done so consistently well,” said Gavaskar on Star Sports.

“Somebody showing that kind of temperament, maybe add a 16th man and take him to Ireland. Just recognising what he has done. Just giving that message ‘you are on the fringe, just work a little bit harder,” Gavaskar added. For the uninitiated, Rahul Tewatia’s “expectations hurt” tweet after he was not selected for the Ireland tour had taken the social media by storm. The IPL Star has now found a supporter in Gavaskar who feels the batsman should have been selected to fly to Ireland.