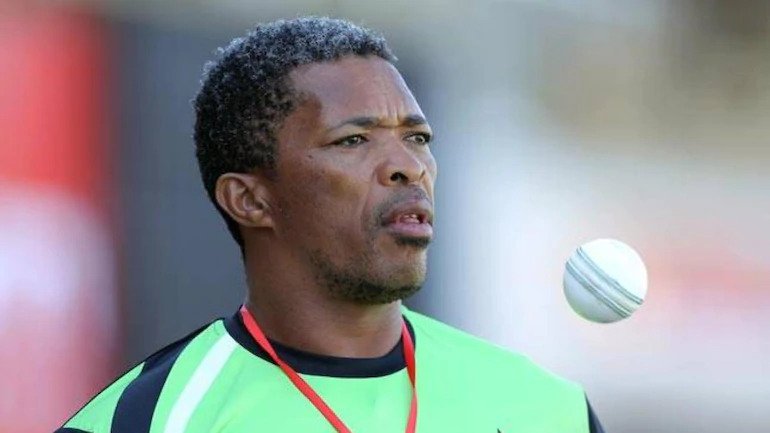 One of the most dreaded remarks the sports fraternity is currently dealing with is – racial abuse; a discrimination over skin color. Ever since the controversial killing of ‘black’ American – George Floyd, protests have been carried across the globe in support to put an end to this racial slur. In the aftermath of the event, some film personalities, sports athletes and other celebrities opened up on their experience on being a victim of racism. Recently, it was former South African cricketer Makhaya Ntini who revealed on how he too was a victim of racial abuse and for most part of his playing career felt of being lonely.

Victims Of Racial Abuse
Adding to the list of cricketers who recently opened up on their experiences of being at the receiving end of a racial abuse, former South Africa cricketer Makhaya Ntini didn’t hold himself back. In a shocking revelation, he added how some of his teammates maintained a distance from him while the team traveled together. It drove Ntini towards a sense of loneliness, which is not something of an experience a professional athlete would want to have.

A Shocking Revelation
In a claim that will definitely shock the cricket fraternity, Ntini said, “I was forever lonely at the time. Nobody knocked on my door to go for dinner. Teammates used to make plans right in front of me, skipping me out. When walking into the breakfast room, nobody came to sit with me. We wear the same uniform and sing the same national anthem, but I had to overcome [the isolation].” Furthermore, he added – “I used to see the driver of the team bus, give him my bag, and then I would run to the cricket ground. I did the same thing on the way back, I just ran back instead. People never understood why I did that, I never told them what I was trying to avoid. It became my best thing, I didn’t have to face any of it.”

Such was the irony, that he just wanted to run away from it all. “If I was sitting at the back of the bus, they would go and sit at the front. Whenever we won, it was joyful – but I was the first to be blamed whenever we lost.” – said an upset Ntini.