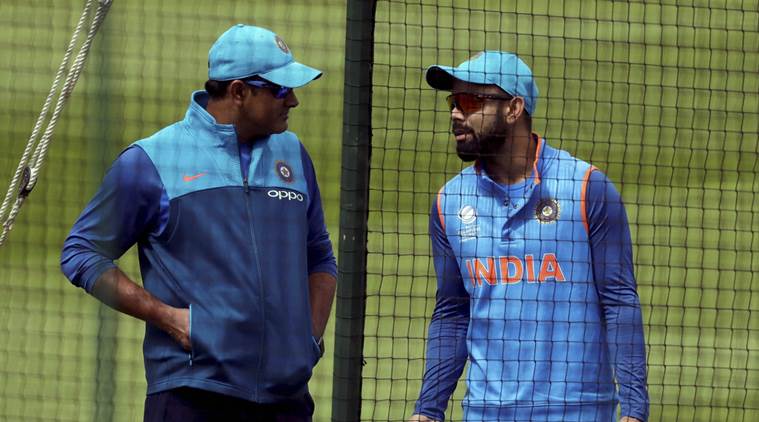 Anil Kumble served the Indian cricket team as the head coach for a brief period of one year. However, the end to his stint was not hunky-dory. There were many reports citing the differences between him and captain Virat Kohli. The resignation of Kumble soon after the Champions Trophy in 2017 made it clearer. Kumble mentioned ‘untenable differences’ with the captain as one of the reasons for his resignation.

He even went on to mention how Kohli had reservations with his style and hesitated about him carrying on as the head coach. All these reasons were enough for Kumble to move on from the position. However, the fact that India did well under him, makes him happy.

Under his guidance, team India rose to the number 1 spot in the ICC Test rankings and even entered the finals of the Champions Trophy which they lost to Pakistan. “I was very happy that I took up that role. It was great, the one year I spent with the Indian team was really fantastic. Having been with great performers and again being a part of the Indian dressing room is a great feeling,” he said while speaking to Pommie Mbangwa in a live session.

Anil Kumble feels his stint as the India head coach could have ended in a better way and not certainly the way it actually did. However, he doesn’t have any regrets about the same and is content with the way the team performed and the improvements took place from the time he joined.

The end could have been better: Anil Kumble

“We did really well in that one-year period. I was really happy that there were some contributions made and there are no regrets. I was happy moving from there as well. I know the end could have been better but then that’s fine. As a coach, you realise, when it’s time to move on, it’s the coach who needs to move on. I was really happy I played a significant role in that one year,” he further added.

Currently, Anil Kumble is providing his services as the head coach of the Kings XI Punjab and is all set to help the team do well in the Indian Premier League (IPL).