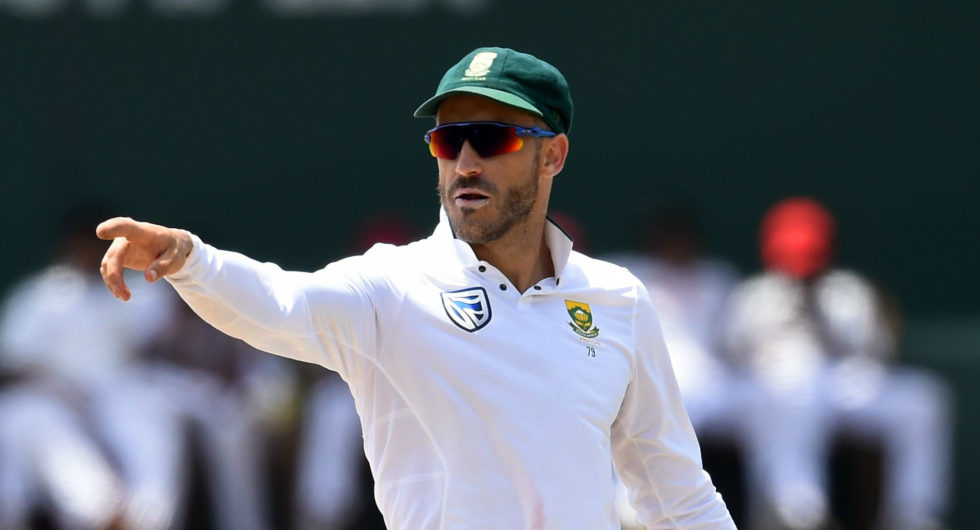 ICC (International Cricket Council) is one of the most elite sporting boards around the world. The credit for all the cricketing activities that takes place across the world goes to ICC. The board makes sure things are smooth and fans are not deprived of the cricketing action. The board also keeps updating the fans with their regular posts on the social media.

After Coronavirus hit the world, things looked bleak for everyone including all the sporting activities. However, ICC stepped up and took the responsibility of resuming cricket. They planned things accordingly and made strategies keeping the virus in mind. As a result, fans witnessed cricket on their TV screens in July with England hosting West Indies.

On a closer look, the picture of Faf du Plessis looked really inappropriate to be on social media. Realizing their mistake, ICC soon deleted the pic. It was definitely a blunder by ICC and before the board deleted the post, the Twitter users had already got the hold of the picture. Daryn Dupavillon and Ottneil Baartman have received a maiden Test call for South Africa.

The resumption of cricket around the world has been a big relief for the fans and the board alike. Even BCCI with the backing of ICC organized the 13th edition of IPL with flying colours. The fans were elated and got their proper dose of thrill and entertainment. Though the players have to be in the bio-bubble, they are happy that at least cricket is happening.