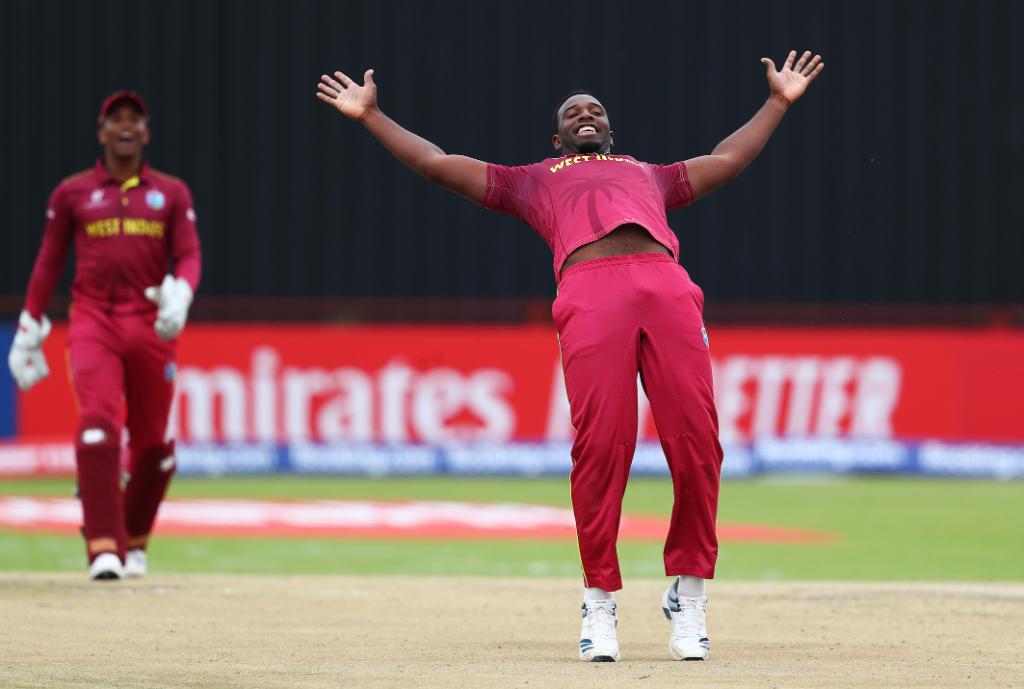 West Indies cricketers are famous for two things. Their power-hitting ability and unique celebrations. They never miss a chance to catch fans’ attention with their actions on the field. We have seen DJ Bravo’s champion dance celebration, Sheldon Cottrell’s salute celebration and Kesrick Williams’ notebook celebration which caught a lot of attention after Virat Kohli mocked the bowler with this celebration. In 2019 World Cup too we witnessed many unique celebrations.

Unique Celebration In U19 World Cup 2020

It appears that in future there will have several fun characters in the West Indies team. During the 5th match of ICC under-19 World Cup 2020 between West Indies and Australia, the Carribean players came up with a unique celebration after dismissing Patrick Rowe.

The incident happened during the 33rd over. The wicket-keeper batsman Patrick Rowe was looking in good touch but Windies bowler Jayden Seals provided a breakthrough as the batsman cut the ball towards point and the fielder pulled off a stunning catch. After the wicket, Seals produced a unique celebration with his bowling partner who got down on his knee and pretended to clean Seals shoes.

West Indies u19 had invited Australia to bat after winning the toss. Windies bowler did a great job as they all-out the opposition on 179. Australia’s opener Fraser McGurk remained the highest scorer for the team with 84 runs. West Indies chased the target in 46 runs and claimed their first win in the ICC U19 WC 2020.

16 teams are taking part in the u19 world cup. The teams are divided into 4 groups of 4 teams each. The defending champions India will start the campaign today against Sri Lanka u19. Priyam Garg will lead the Indian side in this world cup. In 2018, India had won the u19 world cup under Prithvi Shaw’s captaincy and Rahul Dravid’s coaching.

Watch: CSK Managing Director reveals MS Dhoni will feature in the IPL at least till 2021; shares his auction strategy
WATCH- Arron Finch Gets Angry Over Steve Smith After Getting Run Out
To Top