‘If in need, I’ll be the first one standing next to Dhoni’ – Gautam Gambhir clears the air on rift with CSK captain 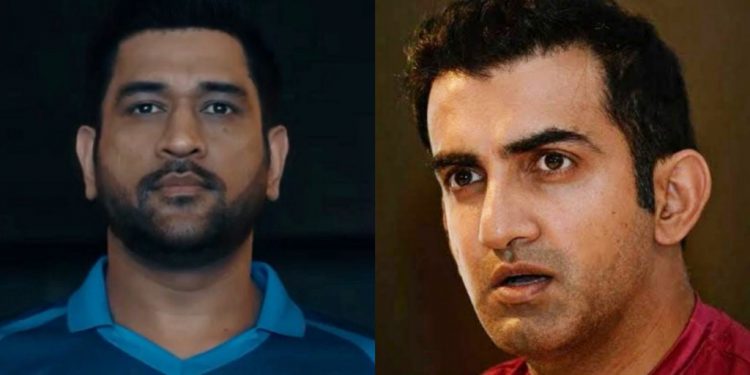 Former India cricketer Gautam Gambhir squashed all the rumours of his rift with MS Dhoni, saying that he will stand with the latter if ever a need arises.

Gambhir had questioned captaincy of Dhoni in 2012 CB series and then his remark on the media’s extraordinary praise on Dhoni’s historic knock in the 2011 World Cup final wasn’t perceived very well. However, the cricketer-turned-politician has finally come out in the open, clearing the air on his rumoured rift with Dhoni.

“See I have so much of mutual respect for him and it’ll always remain. I’ve said it on air, I’ll say it on your channel, I can say it anywhere in front of 138 crore people, that if ever in need, I hope he’s never in need, but if ever in need in life, I’ll be the first one standing next to him because of what he’s done for Indian cricket, what he’s as a human being,” Gambhir said as quoted on Jatin Sapru’s YouTube show ‘Over and Out’.

Speaking further, Gambhir added that they both might have a difference of opinion at one stage but it did not take away his mutual respect for Dhoni.

“See we can have differences in opinion, you might look at the game a different way, I might look at the game in a different way. I’ve got my own opinions, he’s got his own opinion. I’ve actually been the vice-captain the longest time when he was the captain… We’ve been rivals on the field when we played for our respective teams. But I’ve got so much mutual respect for him, for the kind of person, the kind of cricketer he is,” he added.

The 40-year-old then heaped praises on Dhoni’s batting abilities and asserted if he had batted at number three for India in the white-ball cricket, most of the records would have been in his name.

Although Gambhir has retired from all forms of cricket, the battle between the two legends is not yet over. While Dhoni will be in charge of the Chennai Super Kings, Gambhir will mentor the newly-formed franchise Lucknow Super Giants in the upcoming Indian Premier League season.