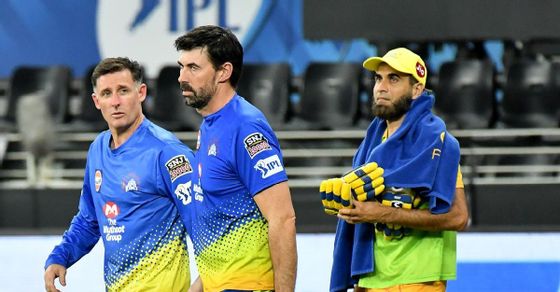 The Chennai Super Kings (CSK) are having a rather torrid time in the 2020 IPL, both on and off the field. Their dismal 3-out-of-10 win record in the group stage is hardly doing them any favors, and will most likely cost them their place in the playoffs. Even putting those performances aside, the squad is reeling from several internal problems; with the management looking intent to ax several veteran players ahead of the next auction. Frankly, things aren’t looking good.

But thankfully, amidst all the gloom and confusion, one CSK player has done his best to keep their fans motivated. South African leg-spinner Imran Tahir has lately been quite active on social media, emphasizing on CSK’s strong team-spirit environment The former World number 1-ranked bowler recently opened up to Ravichandran Ashwin on his YouTube podcast; where he revealed why the Chennai team held such a special place in his heart.

“CSK best team I’ve ever played for; most respect for their players”- Imran Tahir

“Best team, from my heart is Chennai. I’ve been all over the world but have never seen so much respect given from a franchise,” the 41-year-old leggie revealed to Ashwin on ‘Hello Dubaiahh. “I’ve never seen someone look after my family so well, the fans in Chennai are unbelievably lovely.”

He also praised the team’s easy-going team culture which takes much of the mental pressure off the players’ heads. “When I played there it was a different atmosphere. And the main reason is I love their culture. They don’t talk about performances and are always supportive and that is what I like about it as in cricket. You’ll perform one day, and not on another,” he said.

Tahir also had a few words about his possibility of breaking into the playing XI this season. He admitted that he didn’t know if and when he would get a chance to play, and opined that the four-foreigners quota has made the case for his inclusion a rather pressing one. Further, he emphasized with Faf du Plessis, his erstwhile national captain, who had also been hard done by the overseas quota at one point in his career.

“Hard to break into the playing XI, but I’m happy to carry drinks for my teammates.”

“I have no clue (about whether he’ll get to feature in CSK’s playing XI this season). Earlier, Faf Du Plessis had to carry drinks the whole season. It was quite painful. He’s got a brilliant T20 average. I’m doing that this year. I actually got an idea of how he felt. We have both talked about it as well. I think that once four overseas players are settled in the team, it’s hard for the fifth guy. Still, I hope I get a game at some point,” he concluded.

CSK’s next IPL match is against their arch-rivals, Mumbai Indians, on Friday, at the Sharjah Cricket Stadium.