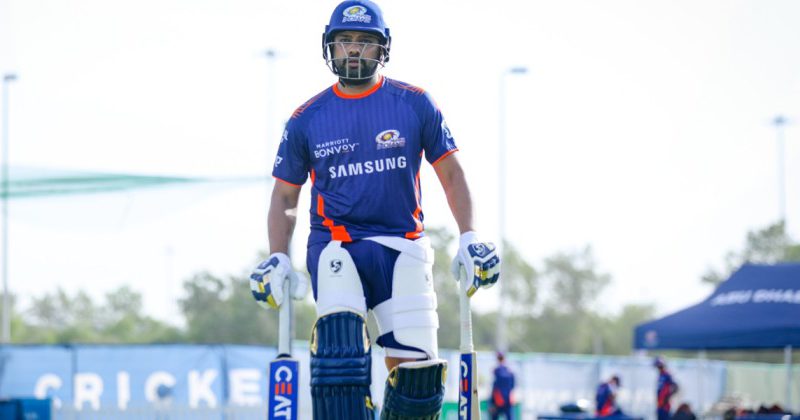 Just one week to go for the rescheduled 13th Edition of the Indian Premier League (IPL) to kick-off in the United Arab Emirates (UAE). Teams were seen spending quality time at the nets. In one such practice session, Mumbai Indians skipper Rohit Sharma was seen flexing his muscles with a few big hits. One huge hit by Sharma went out of the ground and landed on the roof of a moving bus.

Mumbai Indians Post Sharma’s Huge Six
The monstrous hit by Rohit Sharma was huge enough for it to sail out of the practice grounds. What’s more! The ball landed straight on top of a moving bus. Sharma’s teammates took a funny dig at him asking if he had managed to crack the window of the bus or not.

MI Players Rejuvenate During Off Time
Mumbai Indian players seem to be making good use of the time off practice. Although limited to the confines of the pandemic’s safety guidelines, the players were seen spending time at the beach with family and fellow cricketers. Videos of an entertainment session involving players from the team too have been doing the rounds on social media.

So, come this weekend and India’s domestic T20 league kicks off. Defending champions Mumbai Indians will start as the favorites and fancy themselves a chance of getting the better of CSK. Fans would definitely want to see Rohit Sharma in full flow, and possibly sending some shots flying out of the ground…..landing on moving vehicles!