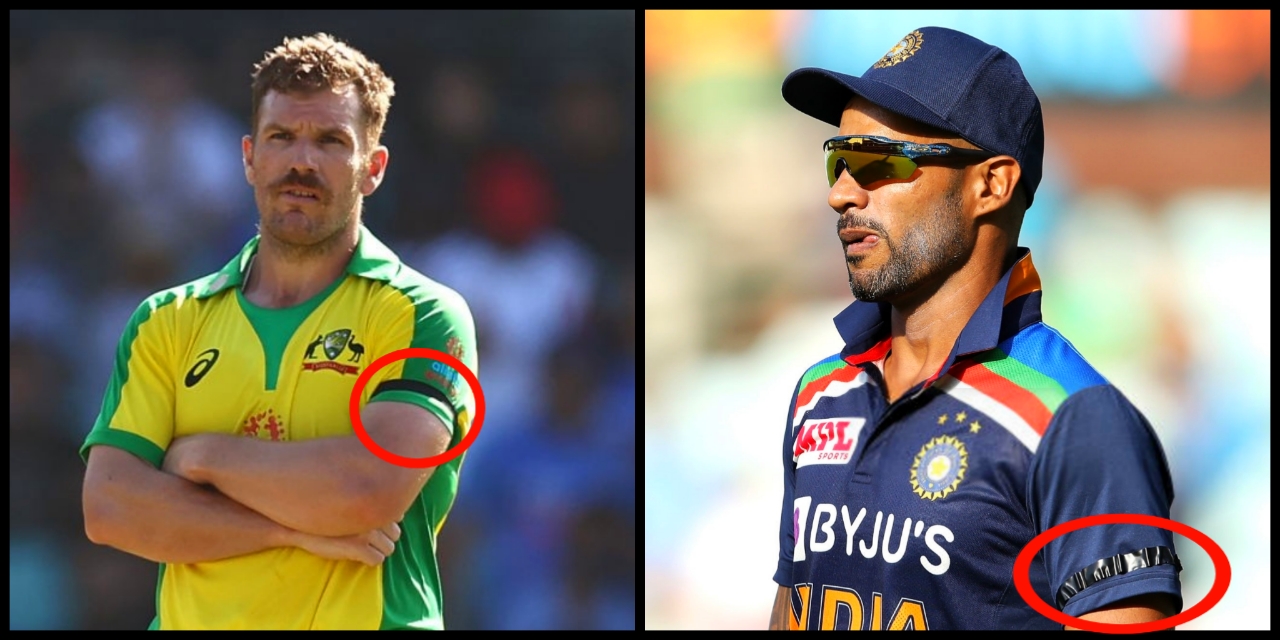 India’s most awaited tour of Australia has started today with the first ODI taking place in Sydney. The match started at 09:10 IST with the Australian captain Aaron Finch winning the toss and electing to bat first. When players from both the teams stepped into the stadium for the ODI series opener, they were seen wearing black armbands and there is a big reason behind it.

This is the first international series that team India is playing since the nationwide lockdown in March. All the sporting activities came to an indefinite halt as COVID prevailed and made it impossible to organize any sort of event. However, after realizing COVID is here to stay, the authorities took necessary precautions and resumed sport while following the protocols.

The 13th edition of the Indian Premier League was successfully organized by the BCCI in UAE and now Indian team is touring Australia which is going to be an uphill task for the squad. There have been a lot of questions about the inclusion of Rohit Sharma and Ishant Sharma in the team however, Ravi Shastri cleared they will not be a part of the Test team as they are still recovering in Bangalore.

The players from both the teams are wearing black armbands in the Sydney ODI in honour of Dean Jones and Phillip Hughes. They also observed a minute’s silence to pay their respects to both the cricketers. Phillip Hughes was a young Australian cricketer who succumbed to his neck injury on this day. On the other hand, Dean Jones was part of IPL commentary panel when he left this world following a heart attack on September 24.