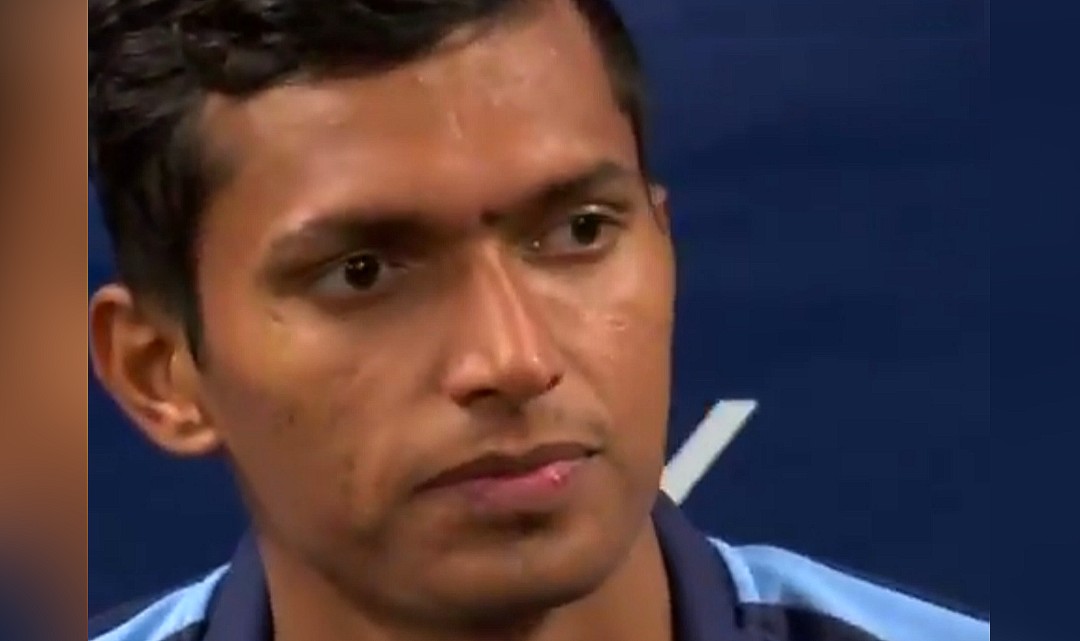 Navdeep Saini and Ravindra Jadeja almost saved India in the 2nd match of Ind vs NZ 2020 ODI series. India was chasing 273 and when Saini came to bat the team had already lost 7 wickets at the score of 153. Now all the responsibility of taking India to the victory was on Ravindra Jadeja’s shoulder.

Jadeja was building his innings and was looking for support from the other end. Saini did this job more than it was expected from the tailender. At first, Saini looked to rotate the strike but then he took the pressure off from Jadeja as he started smacking the Kiwi bowling. Saini’s partnership with Jadeja after a collapse brought hopes back to India.

The win in the match was important to keep India’s hope alive in Ind vs NZ 2020 ODI series. But India couldn’t end as a winning side on Saturday. Saini departed after scoring 45 while Jadeja (55) was the last victim on the day. India fell 23 runs short of the target and New Zealand won the Ind vs NZ 2020 one-day series.

Navdeep Saini’s wicket was a turning point in the match. Saini lost his wicket when he tried to hit Kyle Jamieson’s ball for a boundary. But there was no contact between bat and ball and we saw him getting bowled. In the previous ball, Saini had hit a six and even Virat Kohli was seen asking him to remain calm.

In the press conference, Saini showed his regret over hitting the shot. He said, “I will regret when I go back and see the video. If I hadn’t got out, maybe the result could have been different. Will regret that I took it so close and maybe could have gotten closer,”

Before the start of the press conference, Saini reacted hilariously reacted when the announcer told the journalists that they will ask the questions to Navdeep Saini only in Hindi. The bowler said, “And in Punjabi as well”. Here below is the video.

Language is no barrier for India's Navdeep Saini #NZvIND