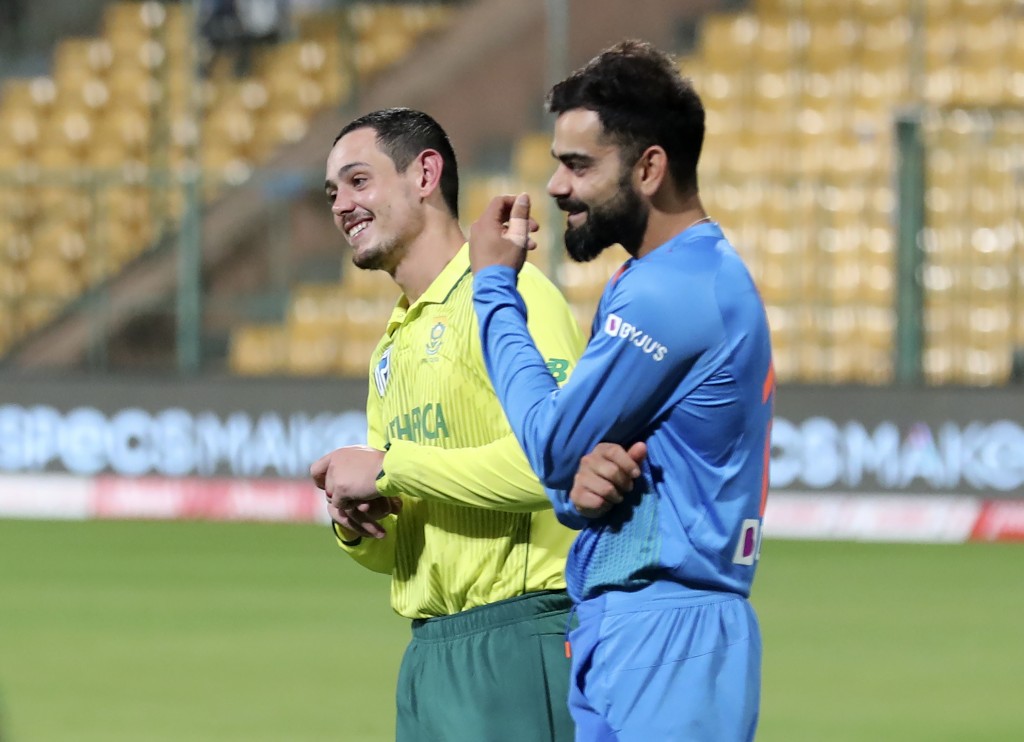 The increasing coronavirus threat in India has also made its impact on cricket. Government is concerned about the mass gathering as it could lead to the spread of the virus. So far, more than 80 positive cases have been reported in the country. As the positive cases of coronavirus are rising in the country all the cricket matches in India are called-off till 15 April. The virus has also affected ongoing Ind vs SA ODI series.

Ind vs SA Series Cancel Due To virus threat

The first match of India vs South Africa ODI series at Dharamshala was whitewashed due to rain. The next two matches were scheduled to play on 15 and 18 March at Lucknow and Kolkata respectively. Earlier, it was being discussed that the next two matches could be held in empty stadiums. But, both boards have reached a decision of calling off the series. However, a 3-match ODI series to be rescheduled between both the nations in future.

“With the IPL being postponed, it only made sense that at this point of time, this series is also called off. The country is facing a serious pandemic,” a top BCCI official told PTI.

“The South African team was unwilling to take any further part in the series due to rising number of positive cases in India. The players seemed to be in panic mode and wanted to go back home at the earliest,” Another BCCI official said.

This is only the second time in the last three decades that an international series has been called-off midway. The last time it happened in 2014 when West Indies refused to play ODI series against India over a pay dispute with West Indies board.

The upcoming season of IPL which was supposed to start on 29 March has been postponed to 15 April. Road Safety World Series which was being played between the 5 teams has also been called-off. The likes of Sachin Tendulkar, Virender Sehwag, Brian Lara and other star retired players from 5 nations were part of the tournament. The tournament is likely to continue later this year.