The squad includes a couple of surprising retentions while some expected starters have missed out on a place. 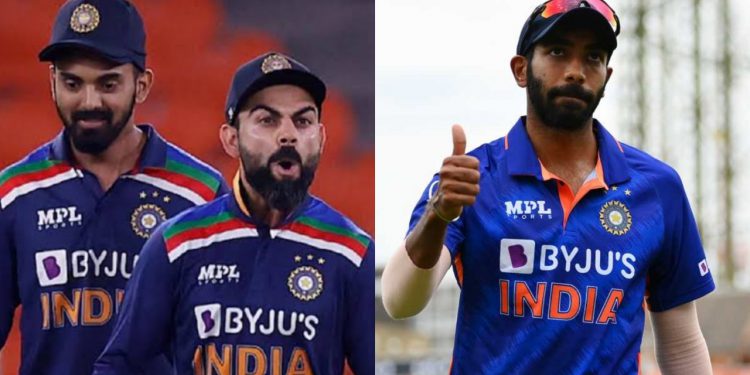 Twenty days prior to India’s 2022 Asia Cup tournament-opener against nemesis Pakistan, the Board of Cricket Control in India (BCCI) has declared a 15-man squad for their Asia cup campaign.

The squad includes a couple of surprising retentions while some expected starters have missed out on a place.

The 15-man-squad is gonna be captained by 35-year-old Rohit Sharma while a returning KL Rahul has been named his deputy.

It is to be noted that KL Rahul missed out on international action for the last 3-4 months due to a hernia operation and COVID-19. However, he is now guaranteed a spot in the playing XI since he carries the tag of vice-captain for the squad India has declared for the 2022 Asia Cup.

The only other comeback is that of former Indian skipper Virat Kohli- who has finally decided that he has had enough rest.

Injury forces Jasprit Bumrah out of the squad

Expected to be the leader of the bowling attack, Bumrah is going to miss out on the 2022 Asia Cup due to an injury and hasn’t been named in the Indian squad. He and Harshal Patel will undergo proper rehabilitation at NCA in Bengaluru.

Notes –
Jasprit Bumrah and Harshal Patel were not available for selection owing to injuries. They are currently undergoing rehab at the NCA in Bengaluru.

The other notable absentees from the include Shreyas Iyer and a fully-fit Deepak Chahar- both of whom have been snubbed from the first-choice India squad for Asia Cup 2022. They have been kept on stand-by alongside all-rounder Axar Patel.

Despite his impressive 3-wicket-haul in the last T20I against the Windies, chinaman Kuldeep Yadav has been dropped altogether. However, he won’t be sobbing alone as Sanju Samson and Ishan Kishan have also been axed by the management.

Also Read: ‘In 2 years, nobody will play it’ – Moeen Ali predicts the death of this Cricket format