The Board of Cricket Control in India has to make a thoughtful decision as both the events are of great significance. 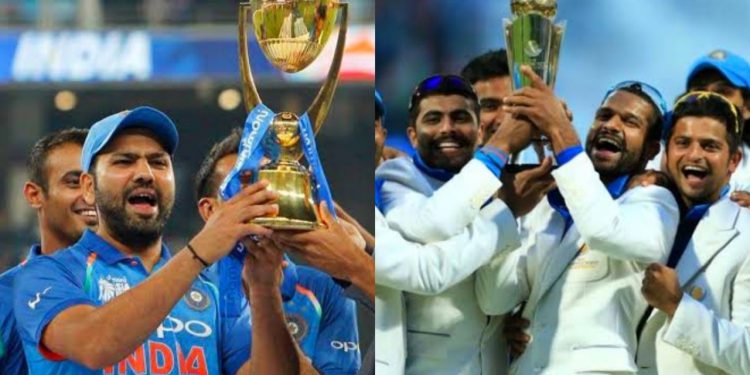 Ten days before the 2022 Asia Cup begins, speculation about Team India to possibly boycott the event’s 2023 edition and 2025 ICC Champions Trophy has come to the fore.

The 2022 Asia Cup starts on August 27 and concludes on September 11 and India is scheduled to start off their tournament against Babar and his men on August 28.

The hosting rights for the next edition of the tournament i.e. 2023 Asia Cup and ICC Champions Trophy have been given to a country India isn’t a friend of and thus, a boycott for both the events is on the cards.

India’s arch-rivals, Pakistan announced their Future Tours Program (FTP) for 2023-2027 today (August 17), and the two relevant tournaments are a part of their home calendar.

“The PCB has scheduled around 238 days of international cricket during the 4-year period. These (international games) include matches in the ACC 50-over Asia Cup and the ICC Champions Trophy, that Pakistan will stage in 2023 and 2025, respectively,” the PCB said in an official statement.

“The Future Tours Programme (FTP) is prepared collectively by the ICC Member Boards.”

The cross-border tension between India and Pakistan has been as heightened as ever in recent times, and although cricketers have not had anything to do with it, they’ve paid the price. So have the fans from both the countries, who’ve been robbed of their favorite cricket clash.

The last time Pakistan and India played a bilateral series against each other was almost a decade ago in 2012-13.

Since then, the two giants have only met in multi-team tournaments like the Asia Cup, ICC CWC, and Champions Trophy.

But with PAK all set to host two of the aforementioned events, India might boycott 2023 Asia Cup and CT.

ALSO READ: ‘BCCI pension is my only source of income’ – Vinod Kambli in financial crisis, asks for work

The Board of Cricket Control in India (BCCI) has to make a thoughtful decision as both the tournaments are of great significance.

However, practically speaking, the odds are not great at all and touring the arch-rival nation in this situation can receive a lot of backlash. There are security concerns too.