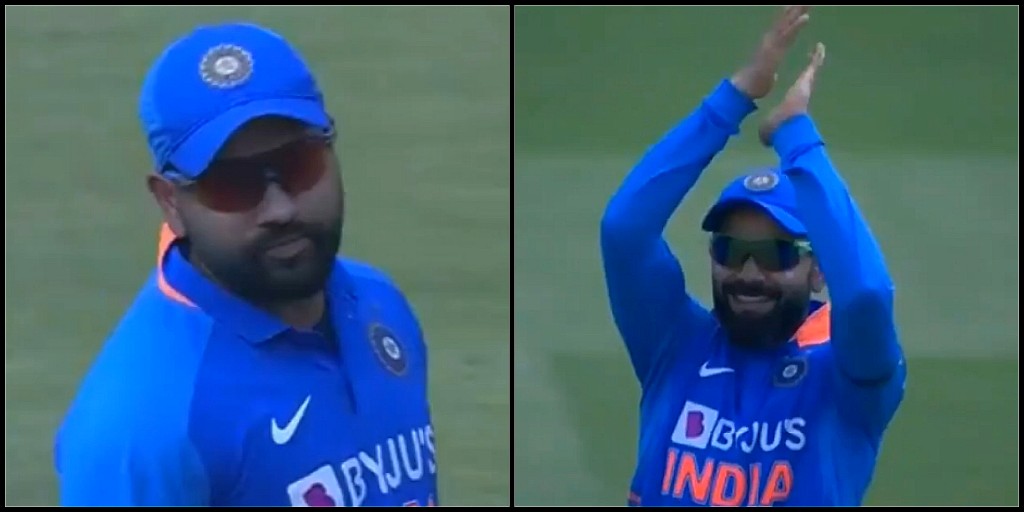 The series decider of India vs Australia ODI series is currently being played at M Chinnaswamy stadium Bengaluru. Australia won the toss and opted to bat. Virat Kohli was pleased with Australia’s decision as he wanted to chase as it is difficult to defend a target at the dry pitch of Bengaluru.

David Warner once again struggled against Mohammed Shami’s swinging deliveries and lost his wicket in the 4th over. Later in the 9th over, Aaron Finch and Steve Smith were involved in a mix-up which led to Aaron Finch’s run-out. Smith pushed one of Shami’s deliveries towards points. Finch felt this was a good chance to steal a run, however, Smith showed hesitation and between this Finch saw him getting run-out at the non-striker’s end.

Later on, Virat Kohli almost gifted 4 extra runs to Australian side with his poor throw. The incident happened in the first ball of 12th over. Smith played Saini’s full-length delivery towards Virat Kohli who was fielding at the mid-off.

Virat fielded it and threw it to the wicket-keeper KL Rahul. But the throw was poor as it went over KL Rahul’s reach. Luckily, Rohit Sharma was alert and quickly backed up the ball and saved 4 runs for his team. The crowd appreciated vice skipper’s effort with Rohit, Rohit chants. Virat Kohli was seen smiling after the incident.

Like the 2nd India vs Australia ODI, Steve Smith and Marnus Labuschagne frustrated Indian batsmen with their partnership. When this article was posted, the duo already had completed a 100-run partnership and team’s score had reached 150. It was expected that spinners will take wickets in this pitch but both Smith and Labuschagne played the spin bowlers very well and so far in the contest they have dominated spinners.