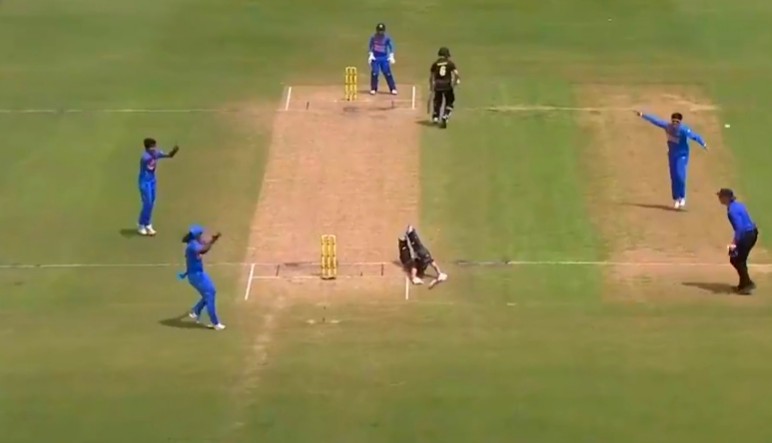 India vs Australia women T20I Tri-series final is currently being played at Junction Oval, Melbourne. The three-nation series between India, Australia and England saw some close contests. After the group stage, all three teams had two wins each. But, the better net run-rate of Australia and India than England made them qualify for the final.

Australia women won the toss vs India in the final and chose to bat first. Opener Beth Mooney’s unbeaten 71 off 54 balls and the cameos from the likes Ashleigh Gardner and skipper Meg Lanning took team’s total to 155 in 20 overs. During the innings, Aussie captain Lanning was lucky as she was saved by the stump microphone from getting run-out.

The incident happened during the 14th over of the innings. Lanning was supporting opener Mooney well after the fall of 2nd wicket at the score of 56. The skipper played a drive off Arundhati Reddy’s ball to mid-off. It was a tight call to take a run as Shikha Pandey had enough time to ran the non-striker out.

Shikha aimed the stumps way too perfectly that it hit the audio box placed behind the middle stump which deflected the ball and avoided hitting the stumps. Shikha Pandey who was already celebrating couldn’t believe what just happened. We have rarely seen an incident like this before.

However, the run-out escape couldn’t help Lanning much as she lost her wicket in the next over after scoring 26 runs. The women in blue had to chase 155 to win the India vs Australia women final match and lift the tri-series trophy. However, Indian women were unable to do so. Smriti Mandhana was the lone warrior during the chase. She scored 66 off 37 including 12 fours. 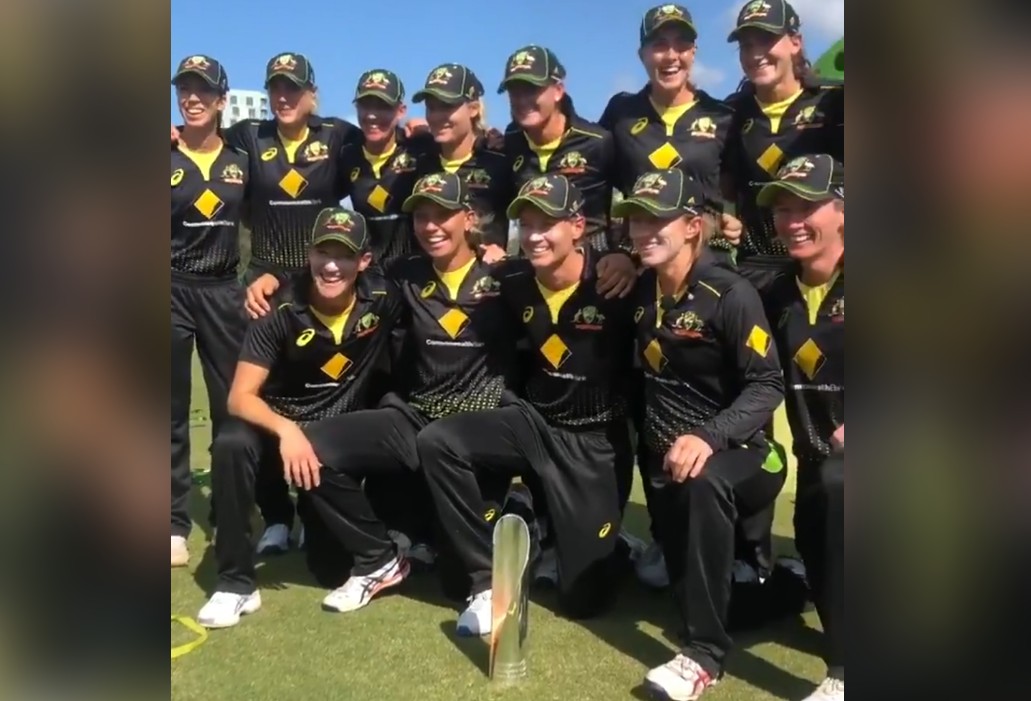 No other Indian batter reached the 20-run mark in this India vs Australia women match. Aussie side won the tri-series while Beth Mooney received player of the series award for scoring 208 runs in 5 matches. Smriti Mandhana scored the most runs in the tri-series (216 in 5 matches) and Rajeshwari Gayakwad remained the highest wicket-taker with 8 wickets.