Indian test side will play a 4-day warm-up game at Leicester ahead of one-off Test vs England. 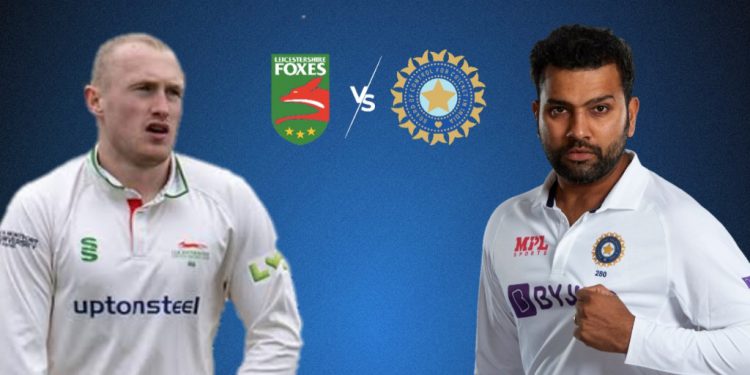 The Indian Test team has reached Leicester to play a 4-day warm-up match ahead of the one-off Test against England. India vs Leicestershire match is scheduled to play from June 23 to 26. It will be good preparation for the rescheduled 5th Test match. No TV channel will telecast India vs Leicestershire game but the full match can be watched live through streaming. Below are the details.

In this tour, Rohit Sharma is leading the side for the first time outside Asia. BCCI had named a 16-man squad for the Test but now only 15 members are the part as KL Rahul has been ruled out owing to an injury. The board has decided not to name any replacement for the opener. While Prasidh Krishna is a new face in the squad.

The match will kick off at 3:30 PM in India and can be watched via Youtube. The YT channel of Leicestershire County Club named ‘Foxes TV’ will provide the live feed for all 4 days. You can search for their channel on the Youtube app or can directly stream by clicking on this Link.

As mentioned earlier, India vs Leicestershire match will not be broadcasted live on any TV channel. Two T20 practice matches against Derbyshire and Northamptonshire are also scheduled to play later in this tour. The matches will take place on July 1 and July 3. These warm-up T20s will also have a live stream on Youtube.

The Test side is preparing in England, while India’s T20 side has landed in Ireland for 2-match T20 series. Following this, the LOI side will play 3 T20Is and 3 ODIs in England for which the squad has not yet been announced.