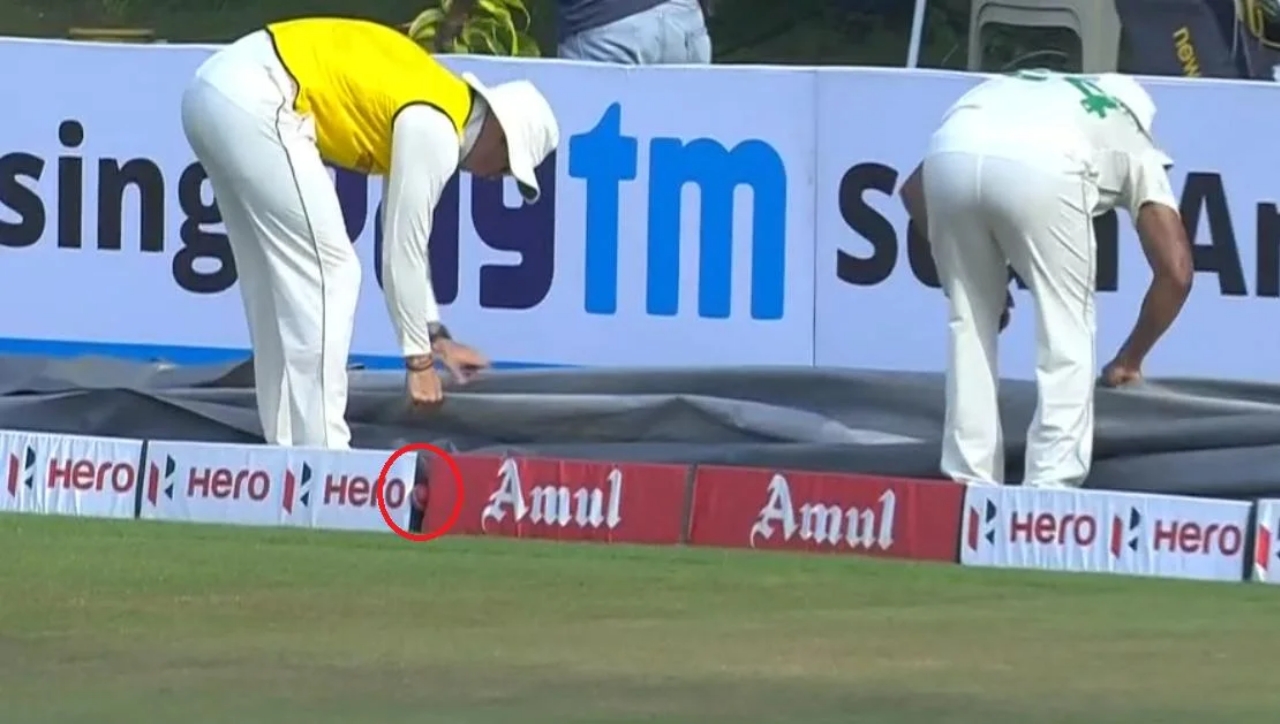 In the ongoing Test match of the India vs South Africa series, there is nothing going right for South Africa. In the first innings, India has dominated the game one-sided. At first, the South Africa team had lost the toss on the flat pitch and thereafter Indian openers have put a strong partnership. The tourists could not take a single wicket on the opening day before rain ended the day prematurely.

And on day 2, the story repeats and India has again dominated the tourists. The first innings is so far that much one-sided that there is nothing excited for the viewers. However, on day 2 of the Test match, something happened which is the best parts of the match so far. Actually, in the 129th over of the Indian innings, when Ravindra Jadeja hit the ball to the boundary. The ball was struck in the boundary rope but the fielders thought that it had crossed the ropes and was lying somewhere in the covers kept nearby.

But Cameraman spotted the ball easily and while watching on the TV it looks very funny to watch. Even the commentators couldn’t stop the laugh. The fielders continued their search without success before Aiden Markram came running in and took the ball out.

Earlier in the first match of India vs South Africa, Rohit Sharma who was debuting as the opener, scored 176 runs. Rohit Sharma and Mayank Agarwal have shared an opening partnership of 317 runs.