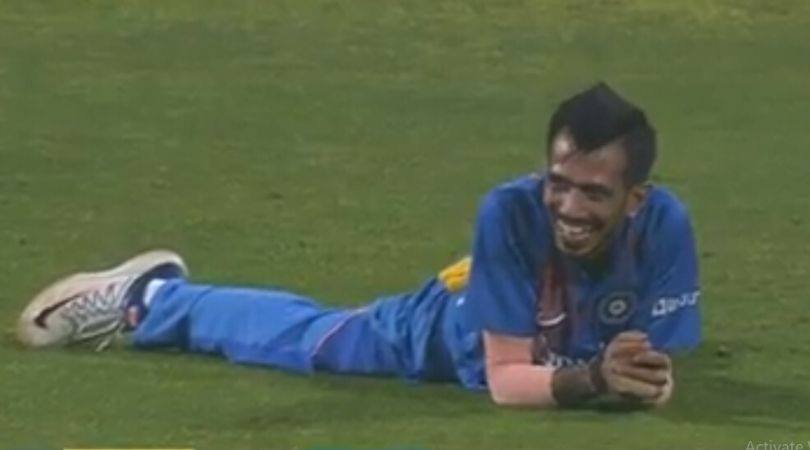 India vs Sri Lanka- Yuzvendra Chahal left in splits after running-out Wanidu Hasaranga: On Friday, India clinched the first bilateral series of 2020 after defeating Sri Lanka in the third and final match of the series in Pune. Meanwhile, Sri Lanka looked completely out of the competition throughout the series and hence lost the series with 0-2 margin. Earlier in the series, the first match was abandoned in Guhawti due to rain. And in the second and third match of the T20Is series, India won by 7 wickets and 78 runs respectively.

During the third match in Pune, Indian leg-spinner Yuzvendra Chahal was involved in a hilarious run-out wicket. It all happened in the 14th over of the second innings when Hasaranga hit a low full-toss from India pacer Shardul Thakur towards Chahal at mid-off. Yuzvendra Chahal dismissed Wanidu Hasaranga with his direct hit, thanks to batsman’s careless running between the wickets.

It was at this point in time that Chahal appeared to have enjoyed his attempt as he was seen bursting into laughter after the batsman was given out. BCCI has uploaded the video of the incident on their official website with the title, “Bulls-eye! Direct hit from Chahal.” Here we are attaching the video of the same at the below of this article.

Short Summary of the Match (India vs Sri Lanka, 3rd T20I in Pune)

Earlier in the match, after winning the toss Sri Lanka opted to bowl first Maharashtra Cricket Association Stadium in Pune. Meanwhile, in the first innings, Team India managed to score 201 for 6 at the end of the 20th over. From Indian team openers, KL Rahul and Shikhar Dhawan give opening stand of 97 runs.

In the reply, Sri Lanka could manage to score only 123 runs before getting all-out inside 16th over. From Sri Lankan team only Dhananjaya de Silva scored a decent inning of  57 runs of 36 balls. However, despite that Sri Lanka lost the match with a huge margin of 78 runs in the series final match.