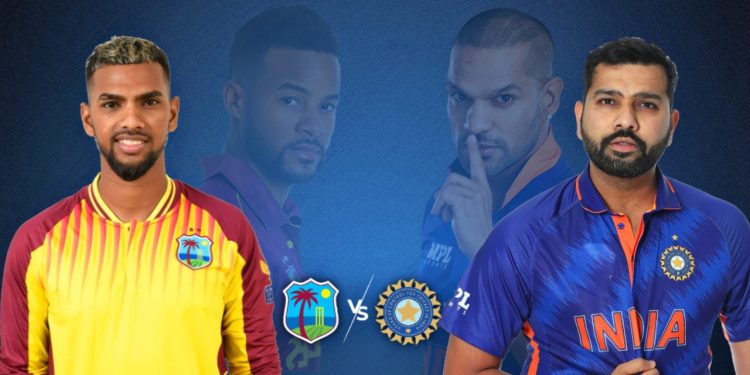 Team India has departed from Manchester to Trinidad for their upcoming limited-over stint with West Indies. A Shikhar Dhawan-led side will commence the tour with a 3-match ODI series, following this India will play 5 T20Is under Rohit Sharma’s captaincy. Neither of Star and Sony have owned the broadcast rights of India vs West Indies series and thus fans are asking on which TV channel they can watch the live telecast of matches in India. Here are broadcast and streaming details of IND vs WI games.

The tour is commencing on July 22 with the ODI series. Star players like Rohit Sharma, Jasprit Bumrah, and Hardik Pandya are not Available for the one-day series while Virat Kohli is going to miss the whole tour. On the other hand, Nicholas Pooran is going to lead the home side. The Caribbean side recently hosted Bangladesh and got whitewashed by the touring side as far as the ODI series is concerned.

Fancode has acquired the media rights from West Indies Cricket Board till 2024. So, viewers in India can watch the live streaming of India vs West Indies ODIs and T20Is exclusively on the Fancode app. A subscription is needed to watch the matches. The app is offering a Tour Pass worth INR 99 to watch the broadcast of all 8 matches of the India tour of West Indies 2022. Users can also purchase INR 199 offer which will give them additional access to all the content on the app for one month.

Fancode doesn’t own a channel so they have partnered with DD Sports channel to telecast West Indies vs India series. Interestingly, this will be the first time since 2007 that India’s away series will exclusively be broadcasted on Doordarshan. The channel is available on all of the DTH services in the country and on Cable.

A total of 8 limited-overs games are part of the tour and scheduled to play in 3 different venues. The timing of ODI matches in India is 7:00 PM while T20I games will commence on 8:00 PM.