Fit-again Rohit is set to return and take over the captaincy role while Rishi Dhawan is in contention to be selected in ODI squad. 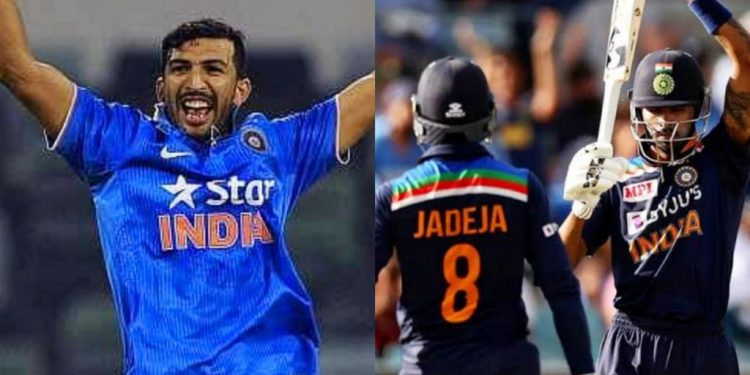 The Indian team is on course to play a home white-ball series against West Indies next month. Sources close to the Board of Control for Cricket in India (BCCI) have confirmed that the Indian white-ball team is set for an overhaul and will feature several key changes for the 3 ODI, 3 T20I affairs.

The most important albeit unsurprising headline is that Rohit Sharma, the team’s newly appointed white-ball captain, is set to return from the hamstring injury that kept him out of South Africa and resume his captaincy duties. In the absence of Rohit, KL Rahul, India’s incumbent deputy captain, was at the helm of the team that suffered a disastrous 3-0 ODI whitewash in South Africa. It remains to be seen whether that ignominious series outcome has an effect on Rahul’s vice-captaincy role, but Rohit is set to captain India for all matches against the Windies.

Meanwhile, Ravichandran Ashwin is set to sit out of the series with a niggle. The seasoned off-spinner made his comeback into the ODI side in the series against South Africa. It has been understood that Ashwin is being viewed as a long-term prospect in India’s upcoming ICC white-ball tournaments, the T20 World Cup this year, and ODI World Cup in the next. But an injury at an inopportune time is set to keep him on the sidelines for the upcoming 6 white-ball games.

Ashwin will not feature in the series against West Indies. Had a niggle during the tour of SA and he needs 2-3 weeks rest. Pandya and Jadeja not in contention. Rishi Dhawan (ODIs) and Shahrukh (T20Is) in contention. Big call will be on Bhuvi, S Dhawan. https://t.co/bhtVMBFGHC

Ashwin’s absence, however, is going to open the doors for two new players to make a case for themselves in white-ball cricket. Shah Rukh Khan and Rishi Dhawan, two players who have done consistently well in the domestic circuit, are primed to feature in the T20I and ODI teams respectively.

SRK just capped off a splendid season with Tamil Nadu and starred as the team’s de facto finisher in both the Vijay Hazare and Syed Mushtaq Ali tournaments. Rishi Dhawan, meanwhile, finished with 17-wickets and 458-runs to lead Himachal Pradesh to their maiden Vijay Hazare title.

Both players are being added to India’s scheme of things keeping their explosive batting prowess in mind. This becomes even more important considering that Ravindra Jadeja and Hardik Pandya are still recovering from their injuries and look unlikely to feature in the side. Jadeja has resumed training at the National Cricket Academy but is yet to make full recovery. Pandya has still not been declared 100 percent match-fit to play as an all-rounder.

The other big news ahead of the West Indies series is that the think-tank is set to take a call on Bhuvneshwar Kumar and Shikhar Dhawan’s role in the team. Bhuvi looked a pale shadow of himself during the recent South Africa ODI games. His continued wicketless outings could see him get axed from the side. Dhawan, on the other hand, has performed well at the top of the order on every opportunity that he has got. But it seems that the management is eager to try out younger players like Ruturaj Gaikwad and Ishan Kishan as openers, which could jeopardize his position.