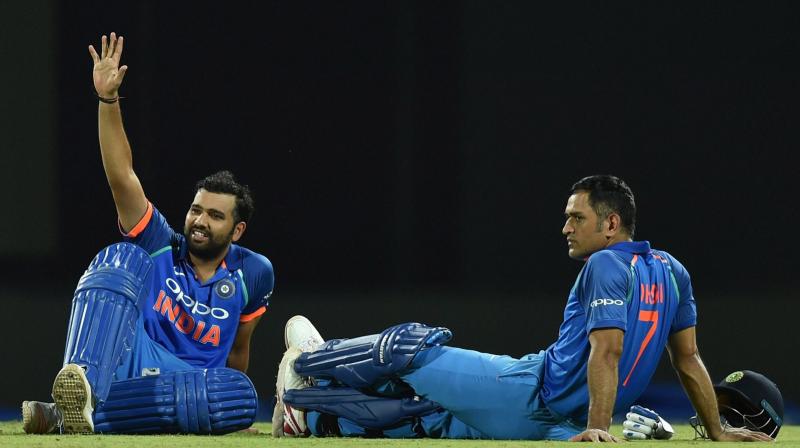 India set to play their first-ever day-night test match which is starting on 22nd November against Bangladesh at Kolkata. After the pink ball test match, India will host West Indies in a 3-T20I match and 3-ODI match series. India’s squads for both the series to be announced on 21st November. India vs West Indies clash will start on 6th December and will end on 22nd December.

Rohit Sharma May Get Rest

Tomorrow, it likely to be MSK Prasad’s last meeting as Chief Selector as his contract has come to an end. In his last meeting, Rohit Sharma’s rest and MS Dhoni’s comeback will be the hot topics. Rohit Sharma is continuously playing cricket and the workload on him in increasing. Skipper Virat Kohli, Jasprit Bumrah and other main players who are playing all three formats are getting rest. Now, Rohit Sharma is also part of all three formats and he certainly needs rest.

Rohit has played close to 60 competitive matches (including IPL) this year. If all goes well, Rohit Sharma may get rest for upcoming India vs West Indies T20I and ODI series so he can keep himself fresh for the tough New Zealand tour which will start in January 2020. India will play 5 T20Is, 3 ODIs and 2 Tests in New Zealand. There are reports that Mayank Agarwal might get picked in place of Rohit.

The other main point in the meeting will be MS Dhoni’s comeback. MS Dhoni has yet to play a match since India’s ouster from 2019 World Cup. Dhoni has repeatedly made himself unavailable before the squad selection. However, Dhoni has not given any specific reason for unavailability.

However, since Pant has become the first choice of wicket-keeper he has not taken any advantage. His record after the World Cup is very bad. Pant is throwing away his wicket and not learning from his mistakes. Also, he is failing to impress behind the stumps. It is the right time to bring back MS Dhoni at least in T20 side because he is still the best wicket-keeper batsman for the T20 World Cup 2020.