Indian In CPL: Pravin Tambe sets to play for this team in Caribbean Premier League 2020 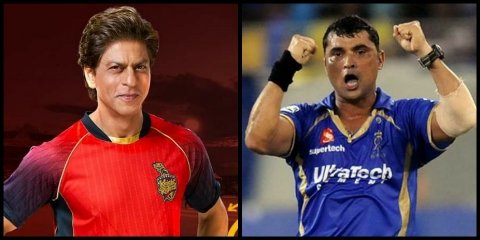 In IPL 2020 auctions, Pravin Tambe had made history by becoming the oldest player ever to be sold in the cash-rich league. Shah Rukh Khan owned KKR had made a bid of 20 lakh rupees on the 48-year old leg-spinner. However, BCCI had banned Tambe from taking participation in IPL as he played in T10 league in Abu Dhabi without the permission of the board. Now, Pravin Tambe sets to become first Indian in CPL.

The 48-year old has been signed by Shah Rukh Khan’s Caribbean Premier League franchise Trinbago Knight Riders. However, for becoming first Indian to play in CPL, Tambe has to obtain a No Objection Certificate (NOC) from the Indian board. He needs to take retirement from IPL and other domestic cricket in India and only then he can apply for NOC to play in the overseas league.

“I am fit and since the BCCI does not allow me to take part in its competitions why shouldn’t I play in other leagues. I am eligible to play outside and got picked by TKR. Will also take all necessary precautions and follow protocols before going there,” Tambe told the indianexpress.com.

In 2019, Irfan Pathan became the first Indian to enter his name in CPL drafts. However, all-rounder didn’t get the NOC. On the other hand, Yuvraj Singh had taken retirement to play in foreign leagues and also obtained the NOC from the board. Later Yuvraj played in Global T10 Canada and T10 League in Abu Dhabi.

The 8th season of the CPL is scheduled to take place in Trinidad and Tobago between 18 August to 10 September behind closed doors. If Pravin Tambe makes the cut, he will become the oldest player to play in the West Indies based league.

Pravin Tambe had made debut of his cricket career at the age of 41 when he played for Rajasthan Royals in IPL 2013 season. Later he went on to becomes the part of Gujarat Lions and Sunrisers Hyderabad. However, he didn’t get any buyer in 2018 season of the cash-rich league and made his participation in T10 league for two consecutive years. By doing this he broke BCCI’s protocol and suspended to play in IPL.