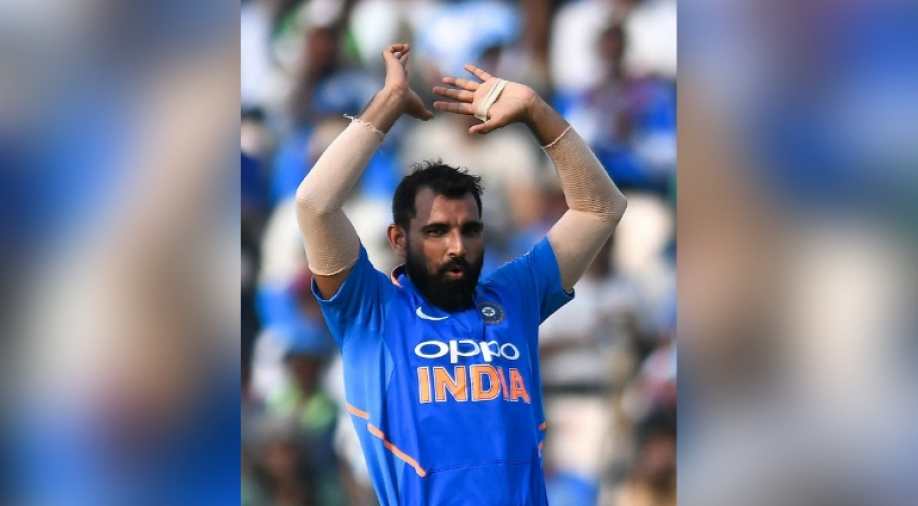 Mohammed Shami is currently playing in 2nd Test against West Indies. In this test match, he completed the milestone of 150 test wickets. But in the mids of all this, Mohammed Shami has found himself in trouble. An arrest warrant has issued aginst the pacer in a domestic violence case. He has 15 days to surrender and apply for the bail.

In early 2018, Shami’s wife Hasin Jahan had accused him of domestic violence. Shami and his brother were booked for violence under IPC Section 498A. Since she has made the allegations, Shami did not appear in the court following which the Kolkata court has taken this decision.

In April this year, Hasin Jahan was taken into custody by Uttar Pradesh Police after she reached the cricketer’s house and created a row. Later Jahan was released on bail. Then, Shami’s estranged wife has also accused police of harassing her and said that police has not taken any action against Shami.

In 2018, after the alleged allegations on Shami, BCCI had removed him from the central contract. But after some time the board had cleared all the corruption charges against him and handed back his contract.

The second test match will end on 3rd September and then India will play a T20 series against South Africa. The series is starting on 15th September in Dharamsala. Mohammed Shami has given rest for the T20 series. His fellow pacers Bumrah and Bhuvneshwar are also rested.