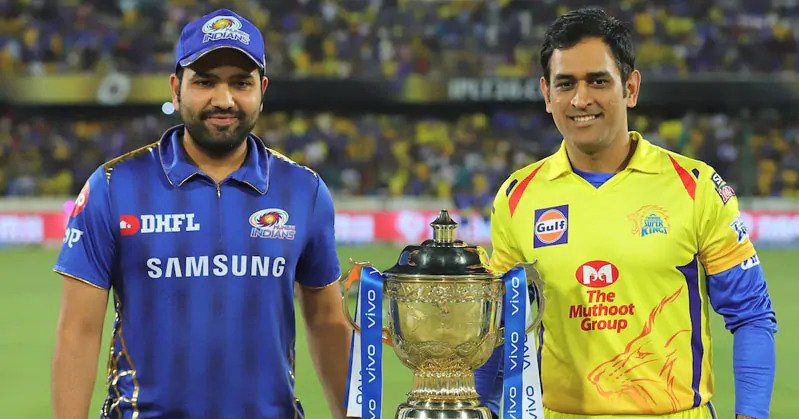 The much-anticipated, 13th edition of the Indian Premier League (IPL) is just eleven days away from starting; with defending champions, Mumbai Indians, set to face off against Chennai Super Kings in the season opener at Abu Dhabi. With the full schedule of matches now available with fans, the wait for the IPL is becoming painfully long.

Thankfully, the Board of Control for Cricket in India (BCCI) did come up with a solution for their entertainment starved fans. A few days back, Disney + Hotstar, IPL’s official, network broadcaster, released a promo song for the upcoming season, called ‘Aayenge Hum Waapas’ (T: We will return). The passionately composed rap-song anthem urges people to take appropriate precautions for the ongoing COVID-19 pandemic; while simultaneously encouraging people to tune in to the IPL and support their teams from their ‘home stadiums’. Besides the music, the video also features some exciting montage of the live-matches and fans cheering for their teams.

The song has performed reasonably well thus far, with the YouTube video already collecting over 10, 000 likes. But there seems to be a new kind of controversy growing around this track. On Monday, an Indian rapper named Krishna Kaul, stage-named KR$NA, accused the IPL and Disney+Hotstar of plagiarizing one of his songs. KR$NA alleged that ‘Aayenge Hum Waapas” lyrics and music has been blatantly copied from his track, ‘Dekh Kaun Aaya Waapas’. He further charged the aforementioned institutions for using his music without consent and credit; and, as per a recent Instagram post, revealed that he is looking to pursue the matter legally.

KR$NA first made this tweet on 7 September, where he informed his fans of the overall situation. He then urged them to share and retweet the news to get the necessary coverage on the situation. Which- judging from the 6.8K comments and 4K retweets on the thread- people religiously did.

Hey guys, @IPL has plagiarised my song “Dekh Kaun Aaya Waapas” and created “Aayenge Hum Wapas” as this years anthem without credit or consent. I request my fellow artists and friends on twitter to RT this tweet for awareness, they can not get away with this. @DisneyPlusHS https://t.co/GDNFeyhXR5

“Taking legal action on the matter; original song’s lyrics and music not my composition”- Krishna Kaul aka KR$NA

But that wasn’t the end of it. He later followed up on the issue on his Instagram account, where he posted 2 relevant stories. In the first one, he confirmed that he and his team were taking legal action on the IPL and Disney+Hotstar. And in the other one, KR$HNA clarified that he hadn’t composed the original song’s music and lyrics; and had only performed the rap. 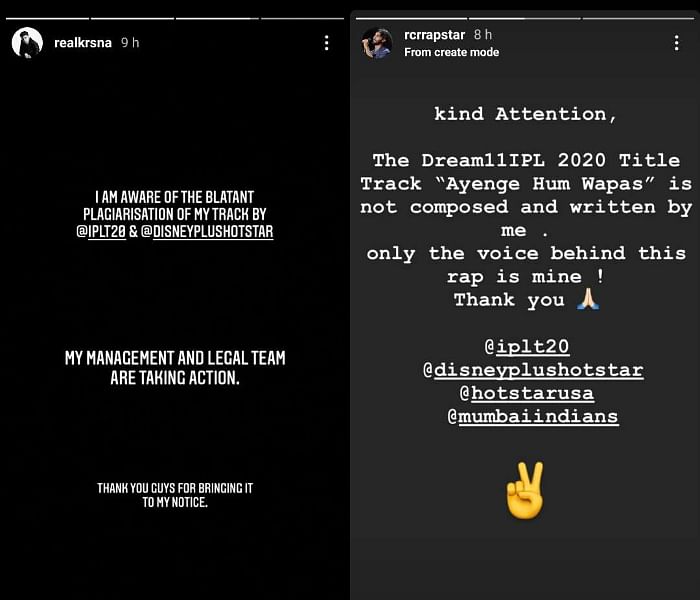 As for the validity of KR$NA’s claims? We’ll let you be the judge of that and post his original track in question, Dekh Kaun Aaya Waapas.