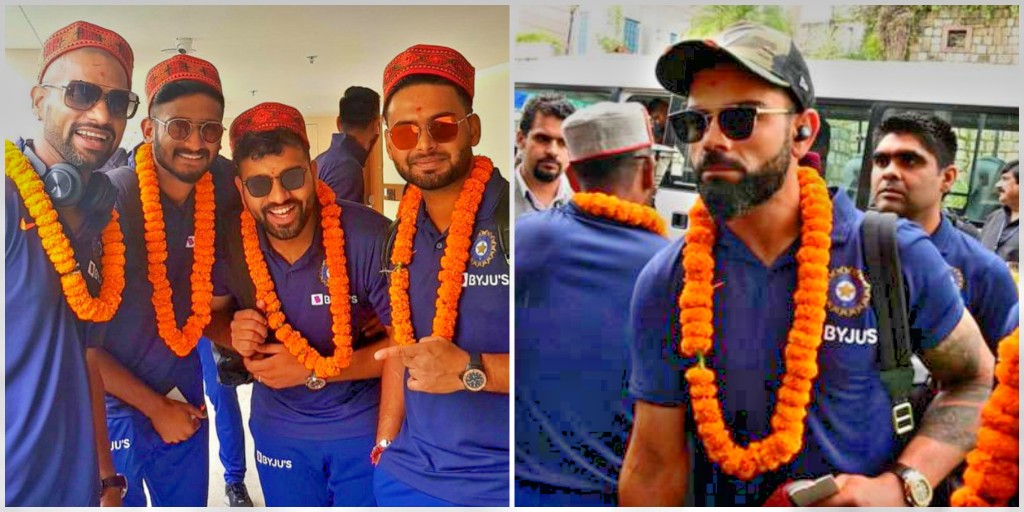 Talking about the weather in Dharamshala, there is a possibility of rain during the match. It was raining yesterday at Dharamshala. The field was covered and on the match day morning, there is a slight drizzle. Today, the maximum temperature at the city is 20-degree Celcius while the minimum is 15-degree Celcius. There is a possibility of heavy rains at times. The scheduled match time is 7:00 PM but there might be a delay in toss or start of the match.

Before leaving to Dharamshala Indian team attended DDCA’s function where a new pavilion which is named after Virat Kohli was unveiled. Virat Kohli is the youngest cricketer who has a pavilion stand named after him. On giving Virat this honour DDCA president Rajat Sharma said, “Virat Kohli’s outstanding contribution to world cricket has done DDCA proud. We are happy to honour him for achieving certain milestones and unbeatable captaincy record,”

ALSO READ: Ambati Rayudu Named as the Captain of this Team, after retirement U-Turn

The T20 series against South Africa will be followed by Test series starting 2nd October. Recently, India clinched Test series vs West Indies by 2-0 which was the first series of India as the part of ICC World Test Championship. Currently, India is at the the top of points table of the championship with 120 points.

Meanwhile, India recently announced the squad for the test series. KL Rahul dropped from the side while Shubman Gill received his maiden call-up in the Indian team. Selectors have picked Rohit Sharma as an opener who will replace KL Rahul.