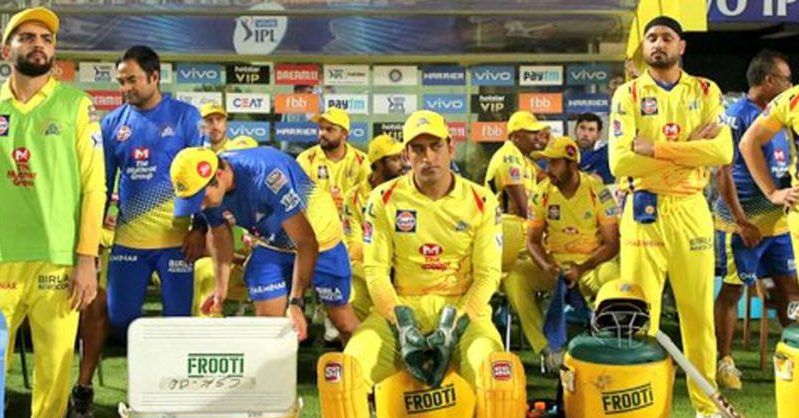 IPL 2020 is set to go underway next month and with the tournament approaching near, the preparations are in full swing. All the franchises are planning to fly their players and support staff to UAE for the training camps in order to get used to the conditions and practice for the tournament.

As all teams prepare to travel to UAE, Chennai Super Kings (CSK) has already suffered its first blow. The overseas players for CSK will not be available for the preparatory camp in UAE. Some very big names are going to miss out on the campaign and it might be difficult for the three-time IPL champions to conduct a preparatory camp.

In the latest developments, Faf du Plessis and Lungi Ngidi will be joining the CSK team late in the UAE. Apart from these South African biggies, Dwayne Bravo, Imran Tahir and Mitchell Santner are also expected to join late due to their Caribbean Premier League (CPL) commitments. The eighth edition of the CPL starts from August 18 and will end on September 10.

The first fitness camp at Chepauk

CSK’s head coach Stephen Fleming, Michael Hussey and all-rounder Shane Watson will be present in the camp around August 22. Moreover, players from Australia and England will only join their respective teams after mid-September due to international commitments.

The first fitness camp will be conducted at Chepauk with 15 players present. The preparatory camp will start at the MA Chidmabaram Stadium in Chennai on August 15. CSK’s fast bowling coach Lakshmipathy Balaji has said that the squad will pick up from where they left off in March.

“But each player will have their own different routines and formula to prepare for the tournament. The idea is to give them enough space and freedom to understand their body and find their rhythm before coming together as a group,” Balaji told Times of India.

Fans are eagerly waiting for this cricketing extravaganza, as IPL 2020 will be the first time they will witness the Indian players battling it out on the field after a four-month long COVID-19 interruption. Mahendra Singh Dhoni’s return to the field will be a sight to watch for all the Thalaiva fans.