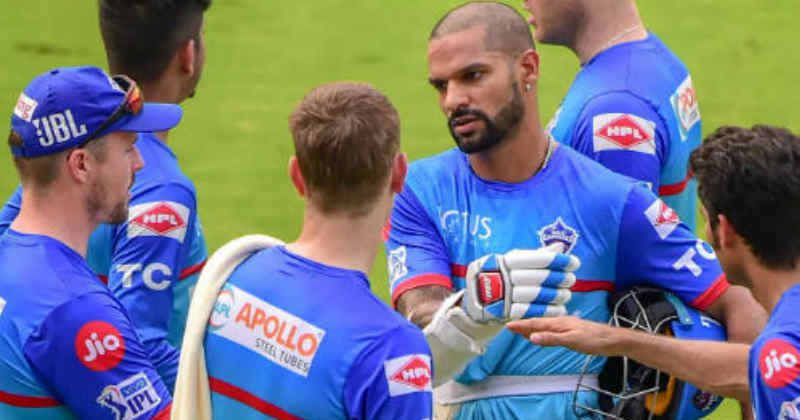 IPL 2020 is turning out to be a bigger challenge than the authorities perceived it to be. Taking the tournament abroad was a challenge in itself as it added a lot of logistical burden, and now the outbreak of Coronavirus has added to the worries of the camps. The latest to be hit by the pandemic are the Delhi Capitals.

It was not a long ago when as many as 13 members of the CSK camp tested positive including two players. The incident sent shockwaves across the entire team and instilled a sense of fear amongst people associated with the tournament. Now, Delhi Capitals’ assistant physiotherapist has tested COVID-19 positive.

The franchise issued a statement in which they disclosed the identity of the person. The assistant physiotherapist had tested negative in his first two tests but returned positive in the third one. The good news is that he had not come in any contact with the players or the Delhi Capitals’ staff.

“He was isolated immediately, and is currently at the IPL isolation Facility in Dubai for the next 14 days, at the end of which he will have to produce two negative reports for him to be able to join the Delhi Capitals squad. The franchise’s medical team is in constant touch with him, and wishes him a speedy recovery,” the franchise said.

Delhi Capitals is the third team to be hit by the pandemic. Earlier, CSK camp was jolted when 13 members of their camp were tested positive. Even Rajasthan Royals’ fielding coach Dishant Yagnik was tested positive before the team flew to UAE. He had to stay in 14-day quarantine before re-joining the team.

After a long delay, IPL 2020 is finally happening in UAE and will start from September 19th, however the news of continuous infection has left the IPL sides perturbed. The safety of the members associated with the league should be of utmost concern for the authorities. Ness Wadia, who owns the Kings XI Punjab franchise, has called for extra attention, so the risk of COVID could be restrained.

Amidst all the speculations and fear, BCCI has released the full schedule of IPL 2020. The tournament will have a bumper opening as the defending champions Mumbai Indians will take on Chennai Super Kings. Delhi Capitals will start their campaign against Kings XI Punjab on September 20th.