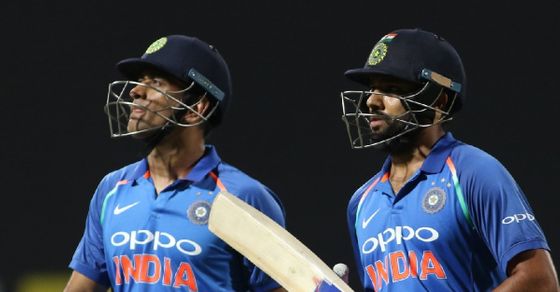 IPL 2020 is all set to commence from September 19 and it’s two of the most successful teams in the history of IPL that will face each other in the season opener. While Mumbai Indians led by Rohit Sharma have won four IPL title, Chennai Super Kings on the other hand have laid their hands on the trophy thrice under the captaincy of MS Dhoni.

The matches between these two teams always turn out to be thrilling and nail-biting. While Mumbai Indians boasts of a formidable line up, Chennai Super Kings is all about experience. Former left-handed India batsman Gautam Gambhir has predicted the winner of the season opener and he favours the mighty Mumbai Indians.

He feels that Mumbai Indians have depth in their team which is going to be very helpful for them. Chennai Super Kings are a very good side but the exclusion of Suresh Raina and Harbhajan Singh will affect them.  “I feel the Mumbai Indians have the upper hand if you see the balance and depth of the squad,” said Gautam Gambhir on Star Sports Connected.

I want to see how both these teams perform in IPL 2020: Gautam Gambhir

According to Gambhir, inclusion of the New Zealand pacer Trent Boult in the MI camp has given them the flexibility to use Jasprit Bumrah in a different manner. “They have also added Trent Boult to their squad, who will give them a very good option. Because you want a bowler who can give you wickets with the new ball so that you can use Jasprit Bumrah in a different manner,” added Gambhir.

Gautam Gambhir also looks forward to the performance of both these teams throughout the tournament. “So I will want to watch how these two perform, not only in the first match, but in the entire tournament,” concluded Gambhir.

Both Mumbai Indians and Chennai Super Kings enjoy a great fan following and the fans are definitely very excited to witness this exhilarating on-field battle. Though the fans won’t be able to enter the stadium, they will surely cheer for their favourite team from their homes. The face-off between the two IPL giants will surely be a treat to the fans.