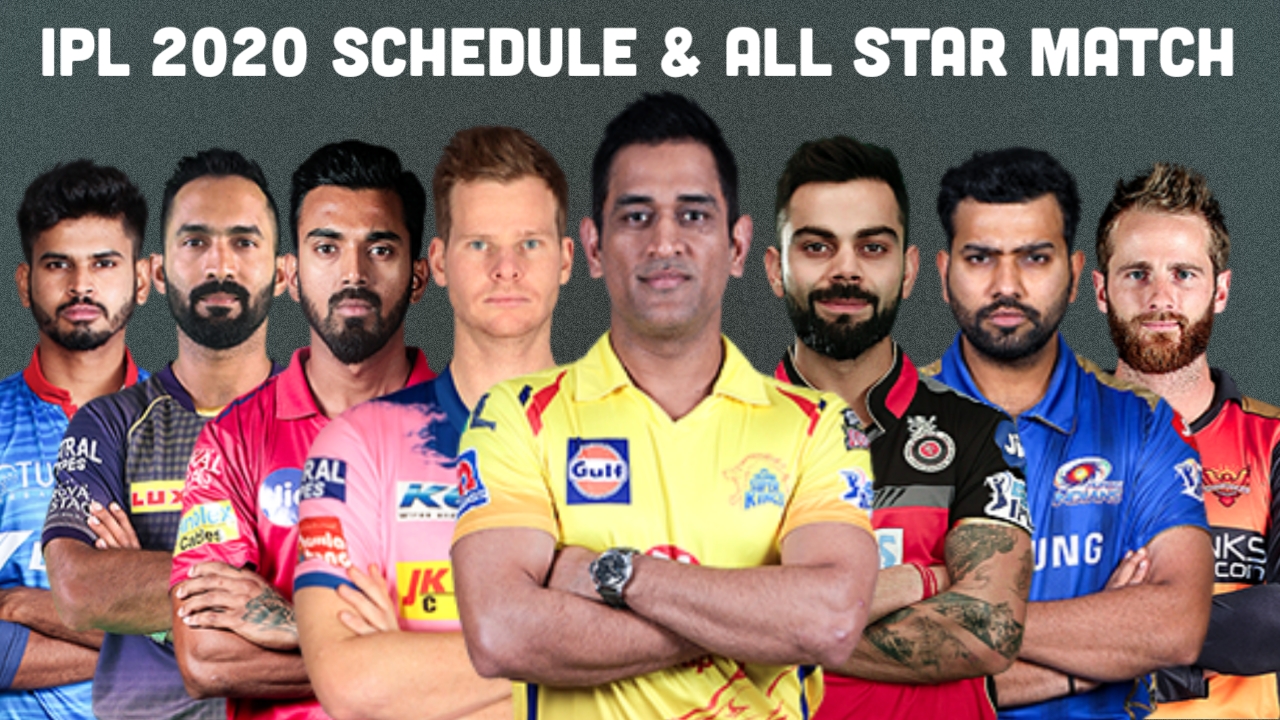 On Saturday, BCCI announced the schedule for the upcoming edition of Indian Premier League. The official website of the league released the match date list for the IPL 2020. A full schedule of a total of 56 league matches has been announced. However, the dates of playoffs to be decided yet. Also, an All-Star charity match will take place before the IPL.

The tournament will start with Mumbai Indians vs Chennai Super Kings match at Wankhede Stadium on 19th September. The last match of the league stage is scheduled to play at Bengaluru between RCB and Mumbai Indians. The final of the 13th edition of the cash-rich league will take place on 10 November. However, the IPL governing council will decide the venues for playoffs amid the season. Also, the number of double-header matches reduced to 6. That means two matches to be played only on Sunday.

Last year the league stage lasted for 44 days. But this time as the number of double-header matches have been reduced, the league stage stretched to 50 days. In the IPL 2020 match date list, it can be seen that all the franchises except Rajsthan Royals have only one home ground for the season. Royals are likely to play their first two home games at Guwahati. However, the governing council has yet to take the final decision on the Guwahati venue. 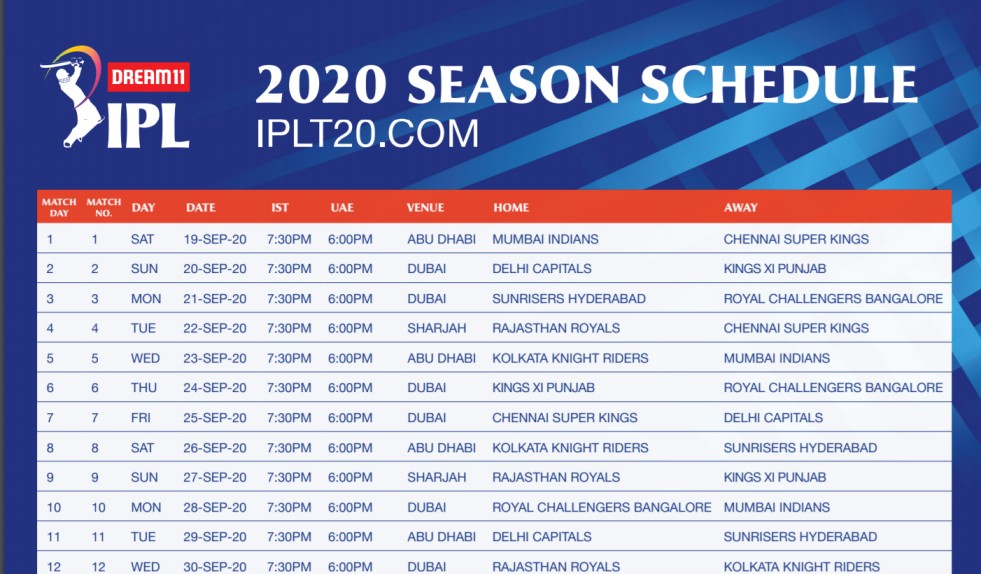 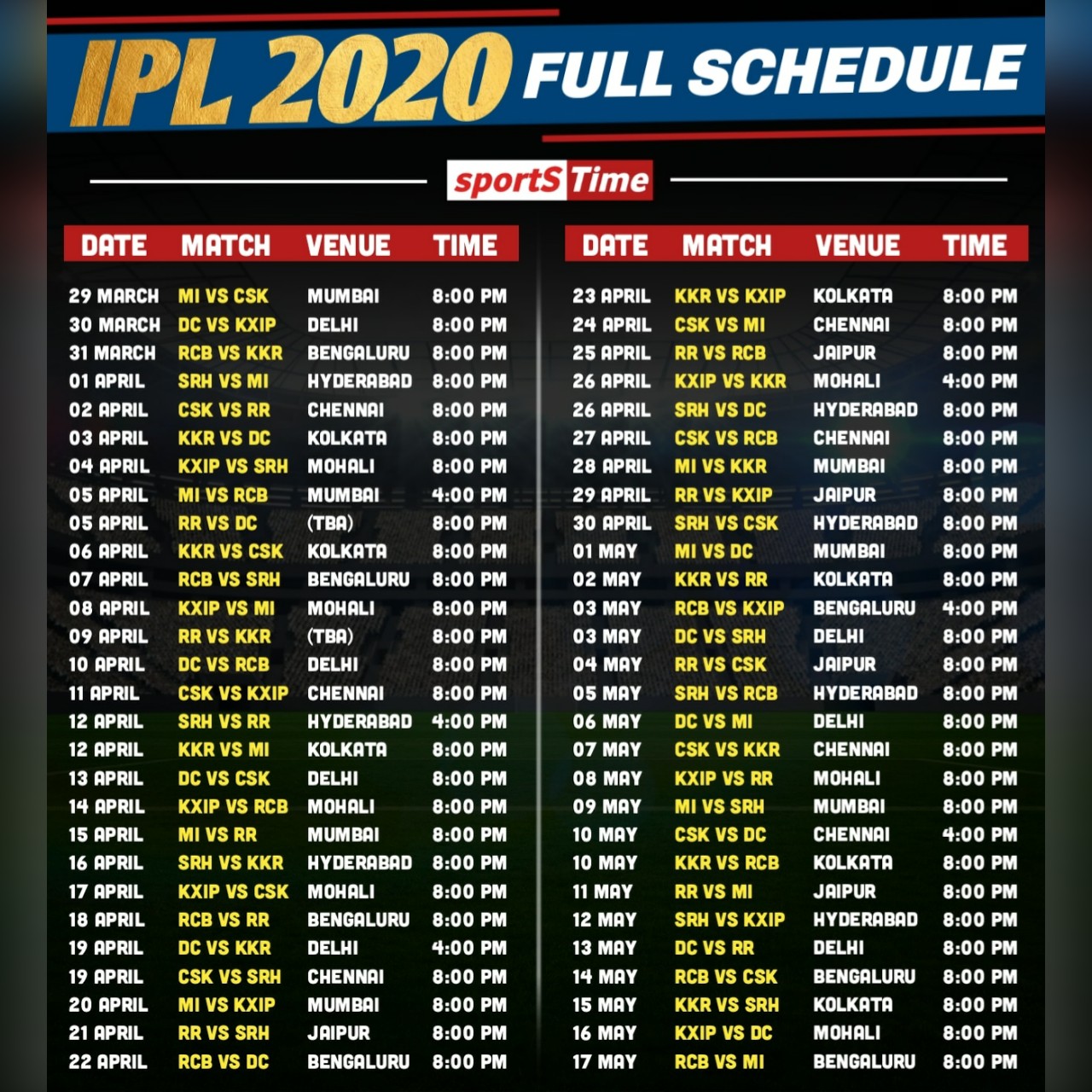 Recently, Sourav Ganguly had announced that the board will arrange a charity match just before the start of the IPL. Now according to TeleGraph, the much-anticipated match will take place on 25th March at Mumbai. Earlier Ganguly told it will be a T20 match to raise fund for the charity purpose and star players from all eight franchises will form two teams.

According to reports, the franchises from North East (KXIP, DC, RR, KKR) will form a team which will clash with South West team to be formed combining top players from CSK, SRH, RCB, MI. The BCCI may take the final call on the date and time of All-Star match after the apex council meeting of the board in Delhi.