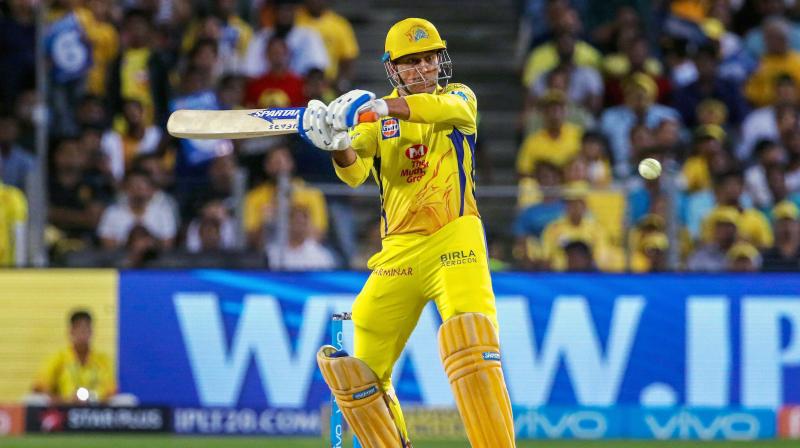 The 4th match of IPL between Chennai Super Kings and Rajasthan Royals was nothing short of an extravaganza of sixes. The clash between the two teams saw a record 33 sixes being hit. The biggest contribution to this tally was from Sanju Samson followed by Faf du Plessis, Jofra Archer and MS Dhoni.

It was raining sixes at Sharjah and it all started with Sanju Samson who took literally every CSK bowler to the cleaners. He set the tone for Rajasthan Royals and the team went on to post a mammoth total of 216 on the board. It was definitely a difficult task for the Super Kings and they needed a good start which couldn’t happen.

A lucky man gets the ball hit by MS Dhoni

Faf du Plessis and MS Dhoni tried to win the match for their team, but the asking rate was way too high. However, the fans witnessed vintage Dhoni as he hit three consecutive sixes off the last over. One of these sixes went out of the park and a lucky man got the ball that was hit by MS Dhoni. The man must have been overjoyed.

Look who has the ball that was hit for a six by MS Dhoni.#Dream11IPL #RRvCSK pic.twitter.com/yg2g1VuLDG

Earlier, CSK won the toss and elected to bowl, but the decision backfired as Sanju Samson went on to hit the joint-fastest IPL fifty in UAE in just 19 deliveries. Samson scored quickfire 74 for his team backed by another half century by their skipper Steven Smith who scored 69 off just 47 deliveries. At one point, CSK looked to come back in the game, but the cameo from Jofra Archer in the 20th over massively tilted the game in RR’s favour.

Archer hit 4 consecutive sixes off Lungi Ngidi and this last over proved to be consequential for CSK where they gave away 30 runs. Rajasthan Royals won the match by 16 runs and started their campaign on a positive note. Rajasthan Royals will play their next match against Kings XI Punjab on 27th September while CSK will take on Delhi Capitals on 25th September.