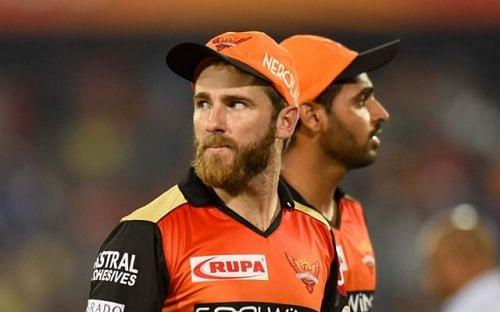 IPL 2020 has gone underway in UAE and the third match of the tournament was played on 21st September between Sunrisers Hyderabad and Royal Challengers Bangalore. It was the first game for both the teams and it was surely an entertaining one. Kane Williamson who is a vital cog in the Hyderabad setup missed the opening match and it raised a few eyebrows.

Williamson has proved to be a crucial player for the Hyderabad team ever since he was included in the franchise. He was their top run scorer in 2018 and even took the team to the final. Warner has cleared the air about why Williamson was excluded from the playing XI in their opening match of the season and why Mitchell Marsh was included in the game.

“Kane Williamson is not fit, he hurt his quad (quadriceps) while training the other day and (with) Mohammad Nabi. We felt playing two spinners here. Given the thought process, we wanted to chase which probably was not an option if we got stuck the other way, so we went with bowling all-rounder hitting the wicket as hard as we could,” Warner said.

Mitchell Marsh couldn’t bowl his quote of four overs as he also got injured during the game and Vijay Shankar had to complete his first over. Warner was obviously upset seeing his teammate getting hurt. “Obviously, disappointing for Mitchell to go down as he did,” he said.

Mitchell Marsh did come out to bat in the second innings but he looked in pain even as he played the first ball. He tried to hit a big shot and was caught by Kohli. SRH lost the game by 10 runs after a good platform given by Bairstow and Manish Pandey. No other batsman besides these two could spend enough time on the field.

RCB set a target of 164 for SRH with the help of two half-centuries by the 20-year old debutant Devdutt Padikkal and AB de Villiers. In reply, SRH lost their very first wicket in the form of Warner who was run out. After that, Bairstow and Pandey built a good partnership, but after the partnership broke, wickets kept on tumbling at regular intervals and RCB won the game by 10 runs.