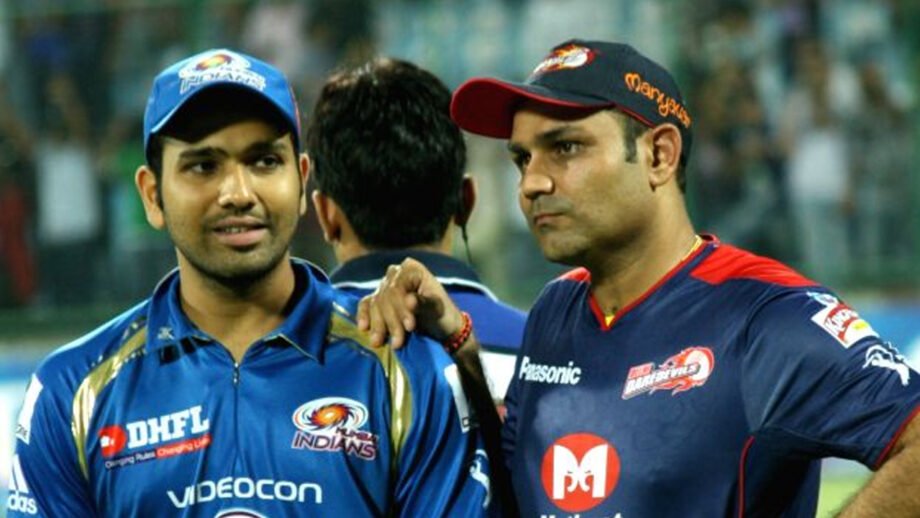 Former cricketer Virender Sehwag has a well-established reputation on social media for his witty banters. Off late, though, the erstwhile India opener has faced some scrutiny for putting his insights forward in an excessively candid style. But that seems to have hardly deterred Viru’s natural free-flowing style.

For the past few weeks, Sehwag has been hosting his IPL analysis show on Twitter titled ‘Viru ki Baithak’- a platform where he dissects everything that goes on in the tourney. Most of his observations are quite comical, as he tries to relate the on-field stuff with real-life analogies.

Something similar happened quite recently. While previewing Sunday’s group stage match between Mumbai and Rajashtan, Viru suggested MI would replace Saurabh Tiwary with captain Rohit Sharma back into the side. And to make his point, he used a rather funny example.

“Rohit wasn’t playing because he was injured. But so what if Vada Pav is injured? Samosa pav, aka Saurabh Tiwary, will assume his spot,” he said. The food comparison takes a slight dig on both players’ fitness and local backgrounds.

MI vs RR game significance in the IPL 2020

Speaking of the Mumbai-Rajasthan game, captain Rohit Sharma should, in fact, slot back in for Tiwary; provided he has made full recovery from his hamstring injury. His team will be eager to win the game and make a strong contention for the coveted top-2 spot on the points table. They’ll certainly have the confidence to do so, especially after coming off a 10-wicket drubbing over Chennai in their last match.

Rajasthan, meanwhile, is still looking quite fickle in terms of their playoff chances. With just 8-points to their name, the Steve Smith-led side is ranked at the penultimate position. Another loss is almost certain to bring their 2020 IPL campaign to an end.