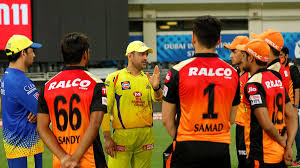 Chennai Super Kings ended their journey in IPL 2020 on a high note. They won their last three matches and majorly changed the equations for the teams battling for top 4. MS Dhoni led CSK arrived too late at the party and for the first time couldn’t qualify for the playoffs. MS Dhoni has been seen handing out jerseys to the players after almost every game this season and he has now revealed the reason why the players have been asking him for his jersey.

The curtains will be drawn on the 13th edition of the Indian Premier League after its final on 10th November. This season of IPL has turned out to be one of the most interesting seasons of all time as even after 54 matches, fans are still wondering what the top four will look like. Only one team has qualified for the playoffs so far and the equation on the points table has turned every remaining match into a knockout game.

Many have been speculating that the ongoing season of IPL will be MS Dhoni’s last, but Dhoni himself cleared all the air about his retirement from the IPL. In CSK’s last game against Kings XI Punjab, Dhoni said, “Definitely Not” when he was asked about retiring from the IPL. The fans rejoiced and the hashtag “Definitely Not” started trending on Twitter.

After the game when Dhoni was asked about why he was handing out jerseys to the players, he replied, “Maybe they (players) thought I’m retiring. I am retired from international cricket, (they thought) maybe I’ll retire from shortest format also.” The fans can now be sure of seeing MS Dhoni donning the yellow jersey next year as well.

The playoffs schedule has already been released and fans are eagerly waiting to see their favourite team in the top 4. Only two matches are left in the round-robin format and they will decide which teams will finally make it to the playoffs.