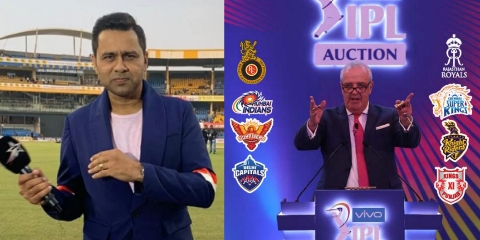 On Wednesday, all 8 franchises retain and release players ahead of the mini-auction. The released cricketers will find themselves in the IPL 2021 auction players list. Franchises like RCB and KXIP have released half of the squad and the upcoming auction going to be very crucial for them. While franchises like KKR and CSK who have retained most of the players will look to buy certain players to strengthen their squads. Meanwhile, the cricketer turned commentator Aakash Chopra predicts the player who will get the highest bid in 2021.

The former opener says Mitchell Starc will take home a sack full of money in this IPL auction. The Australian pacer opted out of the last season of the cash-rich league to prepare for the T20 World Cup. However, the international tournament later got postponed. Currently, the most expensive buy in IPL auction history is Pat Cummins who got a 15.5 crore bid last year.

Mitchell Starc expected to be named in the list of players available for the IPL 2021 auction. The left-arm speedster is one of the most wanted players. However, the tall bowler has always preferred to play international cricket rather than league cricket. He has played 2 seasons of the Indian league for RCB and his performance has been great. In 27 matches, Starc has claimed 34 wickets. It will be interesting to see if he makes himself available for the bid. 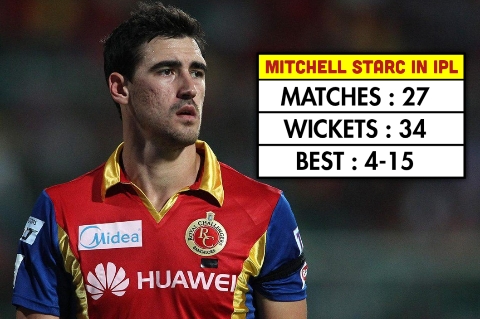 Further, Aakash Chopra writes in his tweet that Afghanistan bowler Mujeeb Ur Rahman will be sold around 7-8 crore rupees. Mujeeb was part of Kings XI Punjab from 2018. The expert further predicts that Cameron Green and kiwi pacer Kyle Jamieson will receive a hefty amount of money. Chopra believes both will get a million-dollar check.

Mujeeb to go for 7-8 crore.
Green for 5-6 Crore
Starc to become the most expensive IPL buy ever.
Jamieson to receive solid interest. 5-7 crore
Jason Roy 4-6 crore
Maxwell and NCN will still get decent contracts.
Subject to their availability of course. #EarlyCall #IPL2021

“Jason Roy 4-6 crore Maxwell and Nathen Coulter Nile will still get decent contracts. Subject to their availability of course,” Chopra further writes. Kings XI Punjab releases Maxwell as the all-rounder couldn’t even play a decent knock in this whole season last year. However, Maxwell has now regained the form and likely to give his name to the list of players for the IPL 2021 auction.