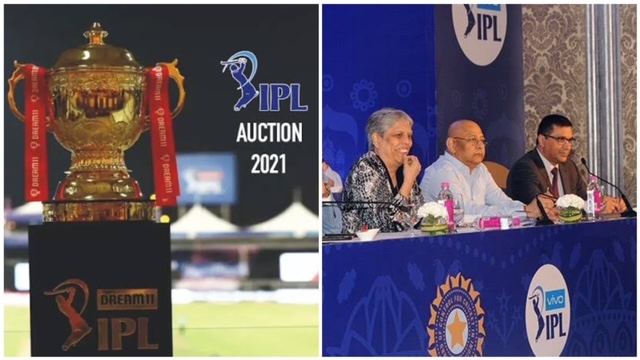 The 14th edition of the Indian Premier League is all set to take place in its regular window between April and May. The previous season of the cash-rich league was postponed and as a result, the authorities had very little time to prepare for 2021 edition. However, everything is hunky-dory now as the league will start in April. A mini-auction is going to be held prior to the league. Inside are the details of the IPL Auction 2021 Broadcasting Channel.

The tournament has enjoyed a great fan base ever since its inception in 2008. The craze of nail-biting matches has only soared with every passing year. Earlier, all the franchises released players who didn’t live up to the expectations of the team while retaining their core players. The auction will decide the fate of the 292 players who have been shortlisted from a long list of over 1000 sportsmen.

Previously, BCCI was planning to take the tournament overseas this year as well. However, the improvement in the situation in India has made it almost certain that the league will be played in India only. The 2020 edition of the league had to be taken abroad (UAEA) owing to the inappropriate conditions in the country due to Coronavirus.

The IPL auction 2021 will go live at 03:00 PM IST in Chennai on 18th February. Star Sports Network will be the IPL auction 2021 broadcasting channel. The fans can also watch the auction live on Disney+Hotstar. The auction is going to be quite interesting as all the franchises will be looking to fill the empty slots. The primary motive of the teams will be to consolidate their strength as a squad.

It is noteworthy that former Indian pacer Sreesanth had also given his name for the tournament, however, he couldn’t make the final cut. On the other hand, Arjun Tendulkar made it to the final list with a base price of 20lacs. As per the reports, the tournament is likely to begin on April 11 and will end on 5th or 6th June.

Team India is currently locking horns with England in a Test series where they won the second match by 317 runs, levelling the 4-match series at 1-1. The home-tour against England will end on 28th March and the players will have ample time to rejuvenate themselves for the thrill and adventure of the Indian Premier League.