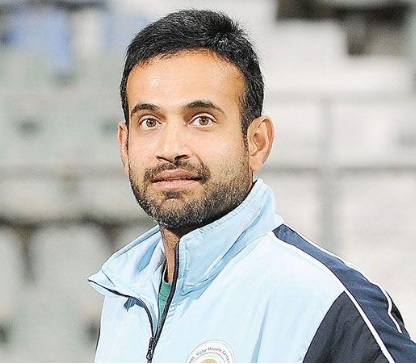 A leader is one who always leads by example. And the Indian cricket team has over the years seen some great cricketing leaders who have taken the team to new heights in every format of the game. Be it Kapil Dev, Sourav Ganguly, MS Dhoni or even Virat Kohli, they boast a charisma that every team would crave for in their captain. Recently, former allrounder Irfan Pathan revealed why he chooses Virat Kohli over MS Dhoni as the captain he’d love to play under. That’s an interesting pick!

Why Kohli Over MSD?
The Baroda allrounder, although has not played in the national team under the leadership of Virat Kohli still finds him a better leader over the ones he has played under, primarily Mahendra Singh Dhoni. When asked, Pathan feels Kohli backs his teammates more as compared to Dhoni. It lends a comfort zone to players when they have their captain’s back. “I don’t know if it would be fair to say in one line. I would have loved to play under Virat Kohli’s captaincy.”, he said on an online interview. He further backed Kohli by adding – “He is the kind of captain who backs his players, he goes out of the way to back his players. He is actually the definition of what a ‘leader’ is, he is a leader.”

A ‘DIG’ AT Dhoni?
Earlier in the year, Pathan had announced his retirement from the game and had claimed that he never got adequate support from the captain and the team management. So a comment as such could look like a dig at the former captain MS Dhoni. Ironically, Irfan Pathan has never been part of a team that was led by Virat Kohli; be it at the domestic or even the international level.

Fallen Out Of Flavour
Pathan is yet to come to terms with his exclusion from the national side. Although there were times where his performance dipped, there was no backing he got that could help him find his way back into the team. “Many people feel I did not get the backing from the captain or the team management. I think that’s not in my control. All I cared about was doing well for the team and I am glad I could do that. But yes, one thing disappoints me. When I took my 300th wicket, I was 27. People peak at 27, but I did not play international cricket after that. Why? I don’t have an answer to that. Maybe, in the future, things will come out in the open.”, a dejected Pathan said.