India's primary T20I opener not long ago, Ishan Kishan is not even a part of Team India's standbys list for the 2022 Asia Cup. 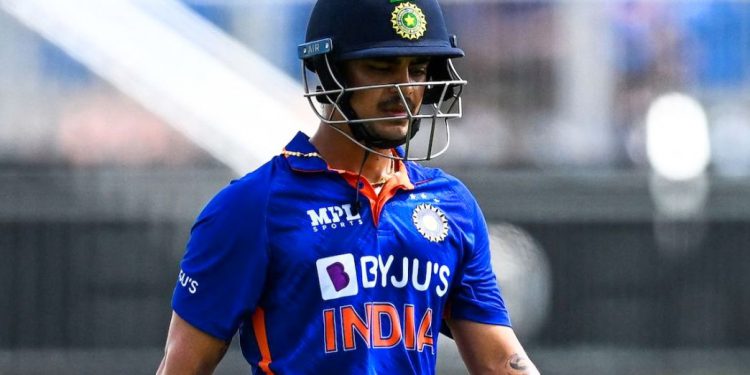 Multiple stars were missing from the Asia Cup 2022 squad that the Board of Cricket Control in India (BCCI) declared on August 8, and one of the more surprising omissions was that of wk-batter Ishan Kishan.

Not long ago, Kishan had made the opening slot his own as KL Rahul was injured.

But in India’s bid to try out different opening options in SKY, Rishabh and Hooda to name some- Ishan Kishan suffered. KL Rahul’s return just made things darker.

The batter recently shared a story on his Instagram account which was probably a cryptic message after Ishan Kishan didn’t feature in India’s 2022 Asia Cup squad.

The dashing left-hander’s story comprised of a photo of himself in Indian kit and a part of Bella’s rap song ‘Humble Poet’.

The English translation of the Instagram story goes like this, “Don’t become something else even if it hurts. If someone considers you a Flower, become a Fire.”

Symbolically, Ishan Kishan getting ignored for the 2022 Asia Cup can be seen as Rahul Dravid and co. underestimating him or considering him a ‘flower’.

Similarly, the wicket-keeper batter looking to prove the management wrong by showing them his real abilities (in future) can be a potential symbolism for ‘become a Fire’.

Kishan was a total flop in the 2021 IPL and started IPL 2022 on an inconsistent before catching up a fair amount as the tournament went on.

However, poor recent form and his habit of chewing up deliveries if not in touch have resulted in the omission of Ishan Kishan from India’s 2022 Asia Cup squad.

In his last 6 T20I innings, Kishan could only score 90 runs at an average and strike rate of 15 and 125 respectively. Not once was he able to touch the 30-run-mark during the lean run.