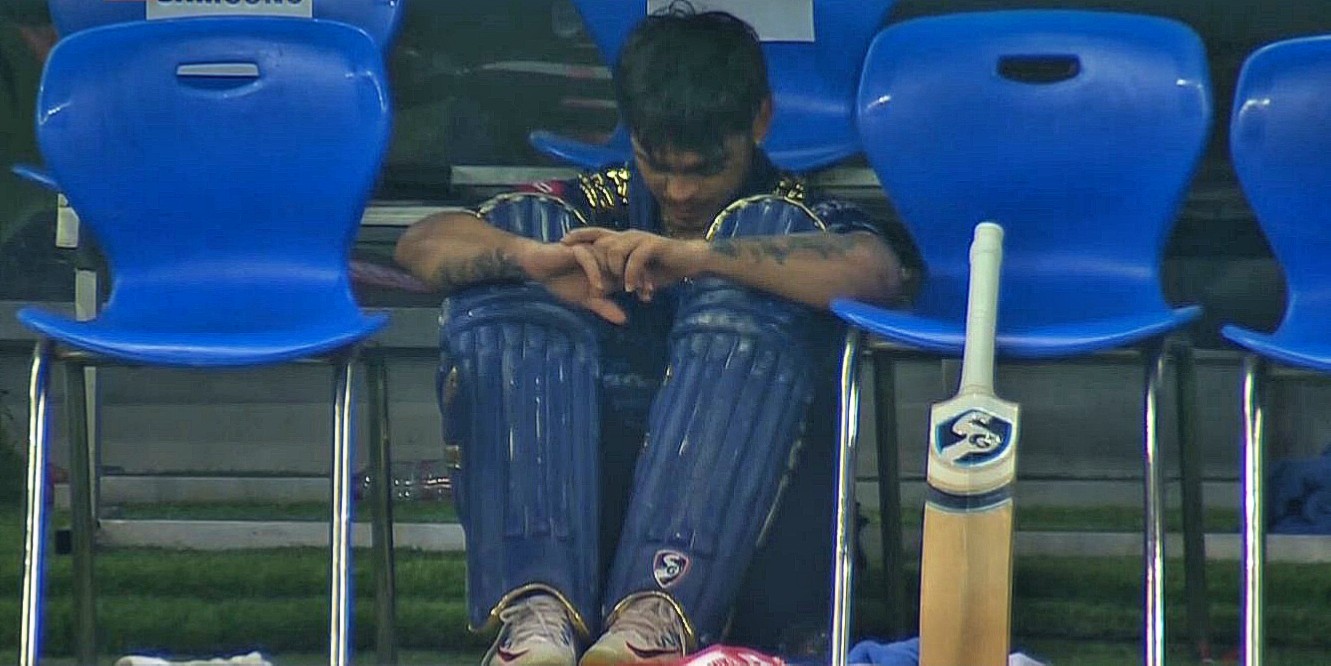 Young Mumbai Indians batsman Ishan Kishan displayed tremendous batting potential in the match against the Royal Challengers Bangalore. However, the boy from Jharkhand fell one run shot of a well-deserving 100. Leaving the ground in disbelief over not been able to take his team to victory, Kishan was seen sitting in the dugout all dejected. But Aditi Hundia, Ishan Kishan’s alleged girlfriend was all praises for his heroic batting display against the Royal Challengers Bangalore (RCB).

Aditi Hundia Leaves Emotional Praise for Kishan
Former Miss Supernational India 2018, Aditi Hundia caught the eyes of many when she posted a story on Instagram – an emotional praise for Ishan Kishan after the match against the Royal Challengers Bangalore. Her post didn’t go unnoticed and in an instant became the buzz of the town. Her post which was a picture of Kishan returning back to the pavilion after being dismissed was captioned – ‘I’m so proud of you baby’. 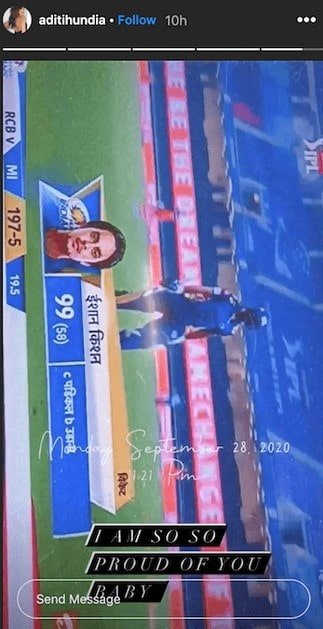 Ishan Kishan’s Whirlwind Innings
Ishan Kishan turned the match around for Mumbai Indians out of no where. In the company Kieran Pollard, Kishan staged a remarkable comeback for the Mumbai Indians, but his dismissal in the last over of the innings only left him dejected. Kishan fell short of a well-deserved 100 when he was dismissed for 99. His dismissal coming off a mistimed shot which was held by the fielder in the deep.

Ishan Kishan Claims For A Spot In The Playing XI
Ishan Kishan made the best of the opportunity that came his way. It was only after Saurabh Tiwary was injured that gave Ishan Kishan a nod. The youngster almost single-handedly took his side to victory but eventually fell short. His knock of 99 runs came off only 58 balls and included 2 fours 4s and 9 sixes. An innings of such high calibre will  leave the team selectors scratching their heads. Kishan has definitely justified his claim for a place in the playing XI.