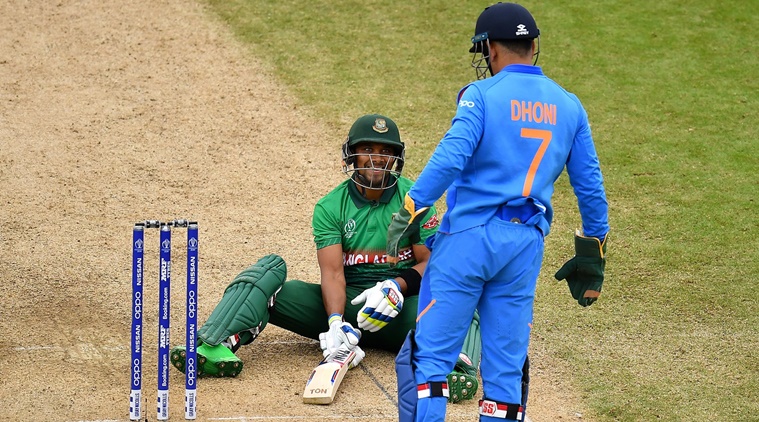 They say learning has no end. As quoted by Nelson Mandela: “I never lose. I either win or learn.” This is apt in every sport, where at the end of a defeat we look back at what we learn from it. In a recent talk on Facebook live, Bangladesh cricketer Shabbir Rahman recounts one of his learning moments in cricket, courtesy some inputs from Mahendra Singh Dhoni.

At the World T20 2016 match between India and Bangladesh, a thrilling contest which India won by a run, the Bangladeshi batsman was caught off guard and lost his wicket. It was Dhoni’s sharpness that got the better of Rahman. As for Rahman, he took some positives out of the dismissal.

Throwback to three years later, the 2019 ICC Cricket World Cup fixture at Edgbaston. Shabbir Rahman was at the batting end facing Indian spinner Yuzvendra Chahal when the dismissal from 2016 almost had a repeat. Rahman stepped out of his crease to play a big shot, missed it completely…but just got back in time to avoid being stumped by Dhoni, again!. Pheww! Dhoni almost made it 2 out of 2 if not for Rahman’s smartness this time. “Dhoni stumped me during the World T20 2016 in Bangalore. He was standing for stumping again this time also, I slide before him while running and told him that ‘Aaj Nahi’ (not today),” said Rahman.

Dhoni’s condition when giving the bat

Bangladesh went on to lose the match, but Rahman saw it as an opportunity to learn something from. He took a moment after the game to catch up with Dhoni. In the short chat they had, Rahman learnt of valuable inputs from the former India captain that could help him get better with his game. Rahman just wasn’t content with the inputs. “I asked him for one of his bats which I could use against his team the next time they faced each other”, reveals Rahman. Dhoni didn’t hesitate in giving me one of his bats but it came under one condition, he added. Dhoni laid the condition – You can use the bat against any other team but him (India, perhaps). Well, indeed a smart exchange from Dhoni.

Rahman, one of Bangladesh’s promising cricketers also learnt of the immense confidence level Dhoni possesses while playing the big shots. “It’s not in my bat or any secret behind hitting a sixes. It comes through confidence.”, Dhoni expressed. Just like the bat, inputs from Dhoni are equally invaluable, something that Rahman will cherish for his life.