The speedster had announced his retirement from the Test format last month owing to his injury saga. 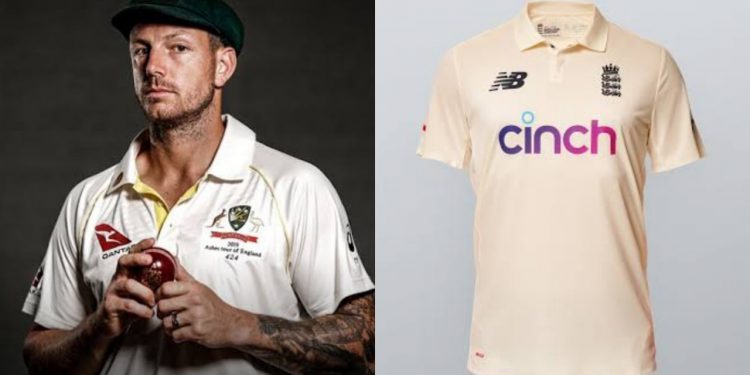 A week after announcing his retirement from international cricket, it seems now as though James Pattinson will be sticking around with the game he loves for a little while more. James Pattinson is all set to pen a three-year deal with England county side Nottinghamshire and make a strong case for selection in the England cricket team.

Injuries kept James Pattinson out of the national reckoning

An unfortunate time with injuries meant kept Pattinson sidelined from the Australian national team. Despite being a consistent performer in the domestic first-class circuit and the Big Bash League (BBL), Patto wasn’t really able to do justice to his sheer talent. Since he made his Australian debut in April 2011, the fiery Victoria pacer picked up 100 wickets across his 40 appearances for the national team; the last of which came way back in a test match against New Zealand on January 2020.

His dwindling prospects of making it back into the national side was what prompted Pattinson, 31, to take a call on his international career. Just a few days into the start of the 2021 Sheffield Shield, Australia’s domestic first-class tournament, he was sidelined with yet another injury. This turned out to be the final straw, prompting an emotional Patto to take his leave from the gentlemen’s game. The bearer of 21 baggy green caps lamented the fact that he couldn’t give a crack at the 2021-22 Ashes series.

“Sad to miss out on the Ashes”- James Pattinson

“Leading into pre-season, I really wanted to give the Ashes a crack. But in the end I haven’t had the preparation I would have liked heading into the coming season. If I was to be part of the Ashes I would need to do myself and my team-mates justice. I didn’t want to be in a position of battling with my body when you need to be 100 percent fit and ready to go at any time. That would not be fair to myself or the team”, Pattinson told in his briefing.

But now it seems as though Patto could get one last crack at playing in the Ashes after all. As per sources, Pattinson has been approached by Nottinghamshire to sign a three-year deal with the county. And should Pattinson decide to take the deal, he could be eligible to play for the England team by as early as January 2023.

Under the International Cricket Council (ICC) laws, Pattinson will have to fulfil a three-year residency qualification criteria, and an additional cool-off period prescribed by the England and Wales Cricket Board (ECB) before becoming eligible for a local passport. In recent times, however, the ECB has been somewhat lenient with its eligibility criteria, so as to allow more and more talented players to become a part of the national setup.

ALSO READ: “On public demand, I’ll be back”- Yuvraj Singh confirms to return on pitch in February 2022

What this means is that Pattinson could make a national comeback for England aged 32, which would be quite an accomplishment. Interestingly, Pattinson’s elder brother, Darren, was born in England and even featured for the national team in a test match against South Africa in 2008. So should Pattinson be able to deliver on his hot, fiery promise for Nottinghamshire, he could well be the second member of his family to play for the England national team.