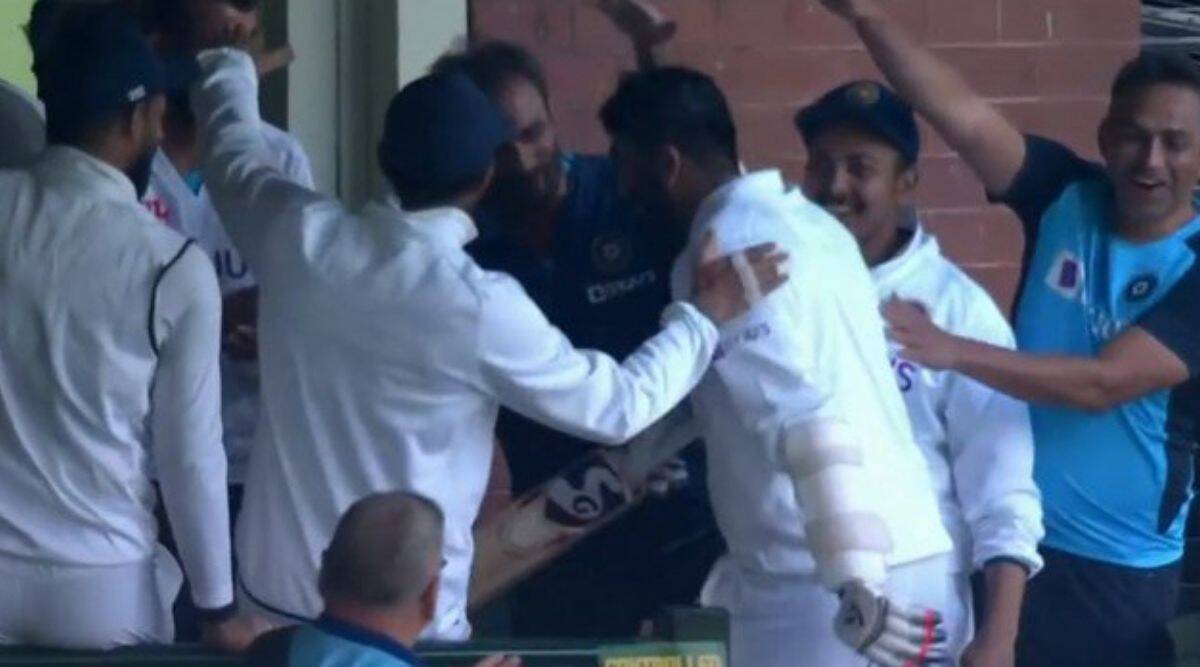 Friday’s first-class match between the India and Australia A teams saw an unlikely role reversal; as Jasprit Bumrah helped himself to his maiden half-century in competitive cricket!

The Indian spearhead’s batting became a major talking point when he managed to top for the visitors in their second practice match ahead of the test series. Walking in nine-down, Bumrah gave a solid exhibition of his fine batting prowess with some strong-techniqued shots. Alongside Mohammed Siraj (22 off 34), the last-wicket pair added 71-crucial runs to take the team total to 194.

Bumrah on fire…with the bat!

It just happened to be one of those rare moments of a bowler finding his batting touch in a crunch situation. The highlight of Bumrah’s 50 arrived when he pulled pacer Will Sutherland for a six over fine-leg to get to the milestone. An overjoyed Bumrah acknowledged his ecstatic dressing room teammates with a thumbs-up sign. Sadly, though, his unbeaten 57-ball 55-run cameo reached its end when Mitch Swepson claimed Siraj’s wicket. Talk about an anti-climax!

India have been bowled out for 194 against Australia A at the SCG. The last wicket stand between Bumrah and Siraj was worth 71 runs.

But there was plenty of drama on the social side of things, as the internet hilariously warmed up to ‘Jassi’s’ second-coming as a batter. Moments after his innings’ conclusion, Twitterati had spammed the internet with Boom-Boom batting memes and trivia. Here’s some of the best of the lot:

"Bumrah on fire!" "With the bat!" pic.twitter.com/LIUUlQ2gfP

Fifty for Jasprit Bumrah – his first fifty in any form of cricket – 53* from 54 balls including 6 fours & 2 sixes. Well played, Boom. pic.twitter.com/zXL3qAUja0

But Bumrah’s Indian teammates’ reaction was much more prominent and fetched a lot of traction. They were all spotted giving their star player a guard-of-honor with their hands. Fair to say, Bumrah’s new-found all-round form augurs well ahead of the 4-test series.

Guard of honour for Jasprit Bumrah for his fantastic fifty. 😂 pic.twitter.com/0zhfhDjkah

Bumrah getting Guard of Honour in the dressing room after the terrific fifty under pressure. pic.twitter.com/hIyYrpmHyY

Jasprit Bumrah got 'Guard of Honour' by team India for his great batting inning [55* (57)] against Australia A. pic.twitter.com/dPNIq4UqY5