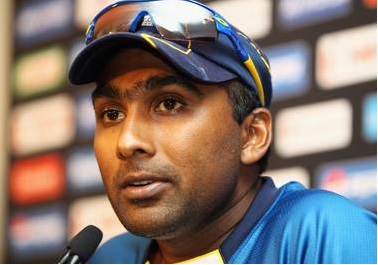 Just when fans are coming to terms with the sudden pause in cricket activities all across the globe due to the coronavirus pandemic, a new controversy has surfaced. Cricket’s good ol’ controversial nemesis – Match Fixing, is back; and this time it’s a claim from a former Sri Lankan Minister, Mahindananda Aluthgamage. However, former captain Mahela Jayawardene has rubbished the claim and even gone ahead to term it a circus.

Was The 2011 Finals Fixed?
India lifted their second world title when they beat Sri Lanka in the 2011 finals. But not as per former Sri Lanka sports minister, Mahindananda Aluthgamage, who feels the finals was fixed and the visitors could have won it. Without having any concrete base to his claim, he didn’t reveal anything more and even cited his nations reputation at stake if drawn into such a huge controversy. “The 2011 Cricket World Cup final was fixed. I stand by what I say. It took place when I was the Minister of Sports. I state it with responsibility. However, I do not wish to expose details for the sake of the country. The game was against India in 2011, a game, which we could have won, was fixed.” ,he claims.

Jayawardene Rubbishes Match Fixing Claim
Centurion of the finals, Mahela Jayawardene however has completed rubbished and put aside the ministers claims. What amused the former captain is that the minister has no base at all backing his claims and has further gone on to provoke him in revealing names that he feels were part of the wrong doings. “Is the elections around the corner. Looks like the circus has started names and evidence?”, he tweeted.

Is the elections around the corner 🤔Looks like the circus has started 🤡 names and evidence? #SLpolitics #ICC https://t.co/bA4FxdqXhu

So as match-fixing scandals continue to hover over cricket, it would be interesting to note the claims made by the Sri Lankan minister. And with his own countryman standing against him, it definitely calls for an interesting tale to unfold.