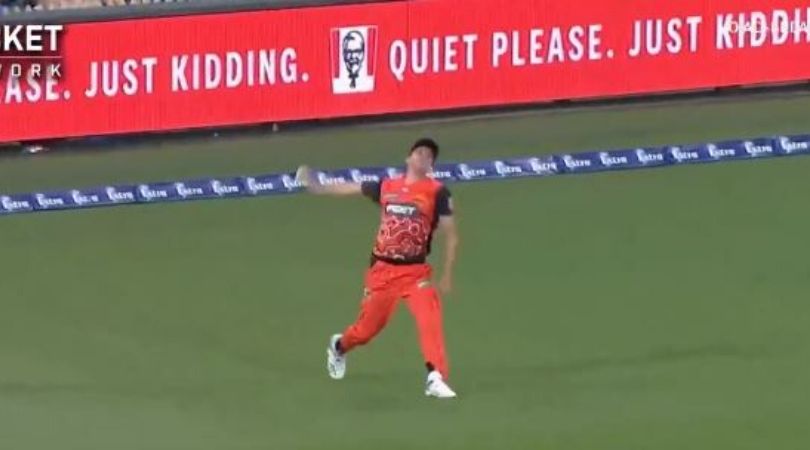 Jhye Richardson bowls a throw from boundary line to run-out the batsman: The ninth edition of the Big Bash League is at its apex stage. Meanwhile, in the 10th match, one of the highlighting moments of this edition was recorded. This match was played between Adelaide Strikers and Perth Scorchers at Adelaide Oval in Adelaide. Actually, Perth Scorchers fielder Jhye Richardson, in the 15th over of the match, throws the ball with a bowling action from the boundary line to run out Jake Weatherald.

It all happened when Chris Jordan was bowling to Jake Weatherald, who had already scored 83 off just 47 balls, however, he had to give away his wicket as Jhye Richardson made a brilliant throw from the boundary line. In the real, it looks that Jake made the second run comfortably but the throw was very accurate and Weathered got out with the minor margin.

Earlier in the match, after winning the toss, Perth Scorchers invited the Adelaide Strikers to bat first. Meanwhile, in the first innings, they had scored 194-4 at the end of the 18th over. From Adelaide Strikers Jake Weatherald was the highest scorer, who scored 83 off just 47 balls. And also Alex Carey scored a decent inning of 55 off just 24 balls.

This is something different from Jhye Richardson in the deep!