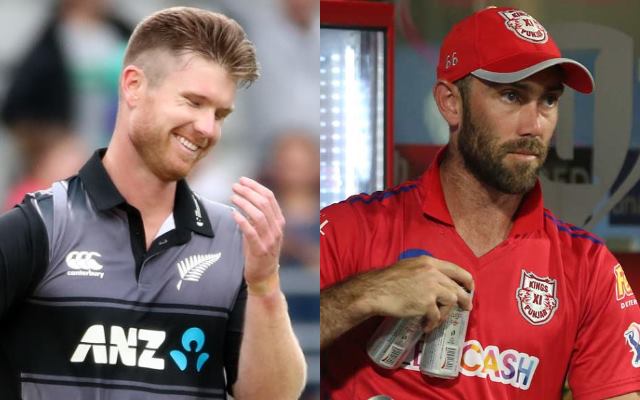 Friday’s cricket bonanza saw as many as six teams competing against each other in 3 international matches. Two of those games featured New Zealand and Australia, which subsequently featured Jimmy Neesham and Glenn Maxwell; two of Kings XI Punjab’s most disappointing performers in the recently finished IPL 2020 season.

But a return to the international fold saw both the Punjabi overseas imports return to scintillating form. Playing against the West Indies, Neesham played an explosive, match-winning innings 0f 48* (24 balls) to seal the deal for the Blackcaps. Maxwell, meanwhile, proved exactly what makes him one of the most mercurial players in the current fold, as he clobbered 45-runs of 19-balls in Australia’s mammoth first-innings 374-run total against the visiting Indian side.

Maxi and Jimmy’s match-winning cameos attracted quite a bit of attention from Indian fans. KXIP fans, in particular, found a great opportunity in circulating memes around the two players. Twitter user Varun (@iamvarun10) did just that when he posted a photoshopped picture on Twitter. The hilarious photo featured Punjab’s captain KL Rahul as popular Pakistani meme icon, Mohammed Sarim Akhtar. Sarim was a smash-hit on social media last year, thanks to his priceless, ‘disappointment’ expression in one of Pakistan’s World Cup matches.

Based on that template, Varun crop-pasted Rahul’s face on Sarim’s to match a similar expression of frustration at Maxwell and Neesham’s performances. Here’s the meme in question:

The image became viral in no-time, collecting over 8000-likes and 400+ retweets. But its popularity hit the peak when Neesham himself acknowledged the quality of the meme! “Hahaha, that’s actually pretty good,” Jimmy commented, also tagging Maxwell in the picture.

And just a few hours later, Maxwell too shared his insights on the meme. He also made a pretty interesting revelation. Check this out:

I apologised to him while I was batting 😂 🦁 🙏 #kxipfriends ❤️