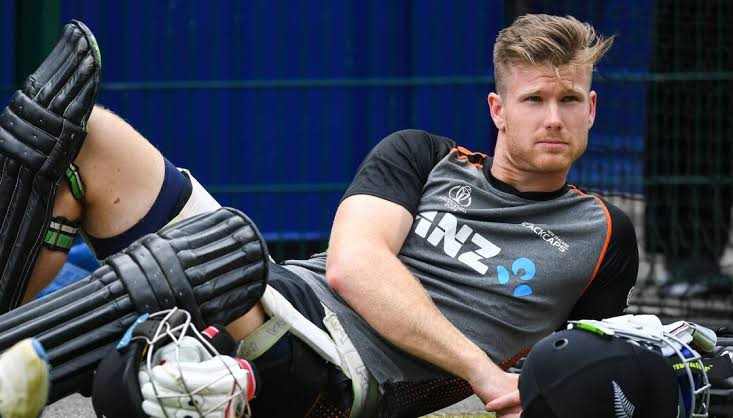 Kings XI Punjab must have been mighty happy with their win against Royal Challengers Bangalore. After getting so close to victory against Delhi Capitals, they lost the game in the super over, but they didn’t repeat their mistakes in the second game. Everyone in the team contributed to the victory, however Jimmy Neesham couldn’t make much of an impact and a twitter user tried to troll the New Zealand all-rounder.

Thanks to a brilliant knock by their skipper KL Rahul, the team managed to set a huge target of 207 for the RCB team. KL Rahul shined with the bat as he scored an unbeaten 132 off just 69 deliveries. In the process, the batsman thrashed Dale Steyn for 26 runs in one over. The job was half done after they put up a big score for RCB.

It was time for their bowlers to deliver now and they did it with utmost ease. The KXIP bowlers didn’t let the RCB batsmen settle as they kept taking wickets at regular intervals. No batsman could perform as they would have liked and the team collapsed and was all out on just 109 in 17 overs. All the KXIP bowlers chipped in with wickets except Jimmy Neesham.

The Kiwi all-rounder bowled just 2 overs conceding 13 runs with no wickets to his name. Jimmy Neesham couldn’t even have his say with the bat because the lower order didn’t get a chance to bat as the team only lost 3 wickets in their innings. Neesham bowled economically but had nothing to show in the wickets column and a fan targeted him on Twitter based on his performance in the game.

The fan tweeted, “I took you as my Dream11 vice-captain, You didn’t bat or didn’t take any wicket, Lost all money on you.” The all-rounder had a very cool reply to the fan as he posted a famous gif from American sitcom Friends which said, “Oh! I don’t care”. It was quite a way to silence his critic in style. Jimmy Neesham will be playing his next game for KXIP on 27th September against Rajasthan Royals.